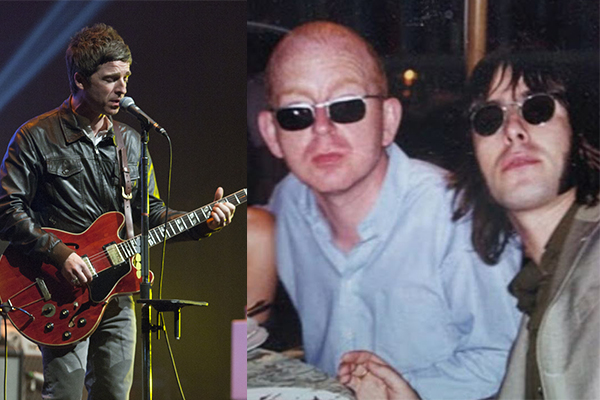 Former Creation Records boss Alan McGee says he thinks it will take a “tragedy” to reunite Liam and Noel Gallagher together again.

According to the NME. McGee, who shot Oasis to stardom on his Creation Records label back in 1993, offered his thoughts on the sibling rivalry.

The music mogul was speaking on Clint Boon’s Humans of XS Manchester podcast. McGee said that it would need “bad news” for the feuding brothers to settle their endless acrimony.

McGee explained: “They’re not going to get back together at any time soon, but the only thing that might happen is the circumstances might change in people’s lives.”

The manager feared it would take some incident to throw the brothers together:

“I don’t want to say what I think that might be, but it could be anything, it could be bad news and then they’re thrown together and then suddenly it’s like: ‘I don’t hate.’ But at the moment I can’t see it anytime soon.”

McGee has been managing groups in recent years including The Jesus and Mary Chain and The Happy Mondays.

The rivalry goes on as Liam shared a video of himself eating soup with a fork in a  surreal dig at Noel. The video appears to reference Noel’s insult of Liam from 2009, in which Noel branded him “a man with a fork in a world of soup.”.”

Noel, meanwhile, recently took aim at Liam In a new interview with Variety. The older brother explained why he wouldn’t let his brother use any Oasis tracks in his recent documentary As It Was.

Noel explained that Liam’s notorious Twitter rants were a big factor in his decision to turn down the film:

“Oh, I turned it down, yeah. If some fucking moron is going to make a film slagging me off, calling my wife a cunt, after trolling my kids on the Internet, after being a filthy little misogynist sexist prick who cannot keep his fucking mouth off Twitter, and then call me to ask me a favour, I’m like, ‘Wow. You are as dumb as you fucking look’.”

A film adapted from McGee’s acclaimed autobiography, Creation Stories – Riots, Raves and Running a Record Label, is currently in production. Directo Danny Boyle is at the helm of the production.

Aerosmith To Reunite With Their Original Tour Van!