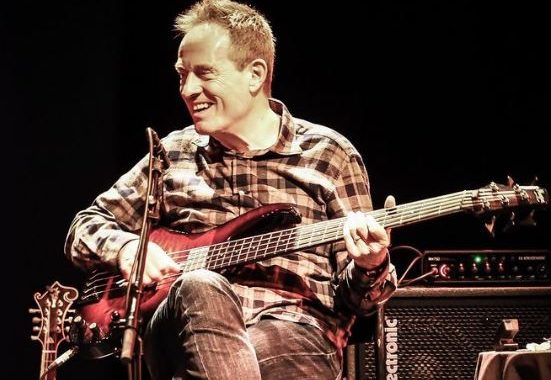 John Paul Jones the bass player with Led Zeppelin is about to launch his latest project. According to UCR, Jones will make his first appearance with the band, Sons of Chipotle playing at the Pit in Tokyo on Sept. 3rd and 5th.

On this occasion, the rock legend teams up with acclaimed Finnish performer Anssi Karttunen, known as one of the world’s greatest modern cellists. He is known worldwide and has performed with symphonies in London, Los Angeles and Paris.

A statement posted on Jones’ official website reads “Both musicians are known to be curious minds, always ready to learn and to discover,” another describes their unique style in playing “When they improvise, borders disappear, they are free to migrate beyond prejudices, across continents.

In a world where walls are being built and people are told where they cannot go, Sons of Chipotle want music to be a place of openness.” The performance in Tokyo will showcase the event with Jones on piano and electronics and Karttunen on cello with special guests joining them during the sets.

Sons of Chipotle join a long list of musical ventures that Jones has developed over the years. In 2009, Jones collaborated with Foo Fighters frontman Dave Grohl and Josh Homme from Queens of the Stone Age to form a band called, Them Cooked Vultures.

In recent times, Jones has merged his artistic energies with Norwegian producer Helge Sten for the avant-garde collaboration Minibus Pimps.

Other projects include collaborations with R.E.M., Heart and blues musician Seasick Steve. His post-Zeppelin days have not been uneventful and he has certainly proved himself as a creative entrepreneur.

Photos: Iron Maiden Have Launched A ‘Beat The Intro App’!