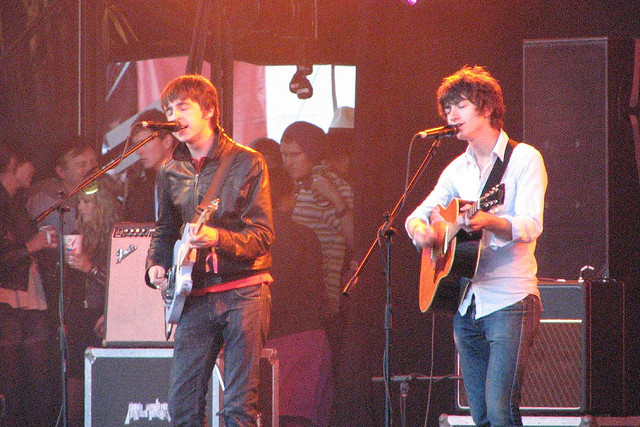 The Last Shadow Puppets have released a video for their newest track ‘Miracle Aligner’. It follows on from their videos for ‘Everything You’ve Come To Expect’ and ‘Aviation’.

All of these tracks are from The Last Shadow Puppets newest album Everything You’ve Come To Expect which released on April 1st.

Out of the three videos that have recently been released, the newest one for ‘Miracle Aligner’ is by far the most bizarre. The two previous videos that they released had a connected story, whereas this one seems to be self contained.

The video begins with Alex Turner and Miles Kane on a balcony together as they are showered in rose petals. The Last Shadow Puppets then start speaking some Spanish to each other. The rest of the video sees Turner and Kane dancing together inside a palace.

Rolling Stones Rock On Mars Thanks To NASA!

Neverland Ranch Up For Sale