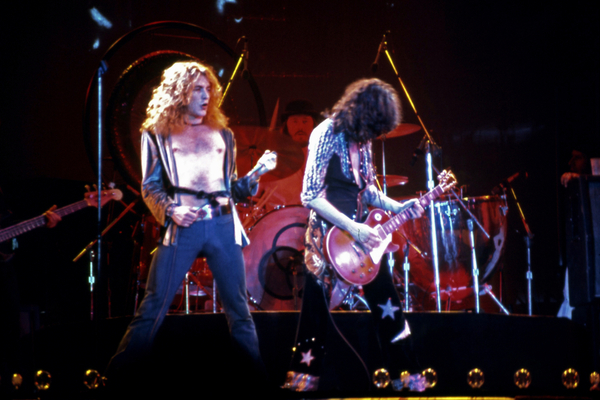 Led Zeppelin are celebrating 50 years since the release of their legendary fourth album Stairway To Heaven.

Better known as Led Zeppelin IV, it was released in November 1971. It also features some the band’s most iconic hits, including Rock and Roll, Black Dog and Stairway To Heaven.

The album also went to sell over 37 million copies globally. It was also certified 24x Platinum in the US, by the RIAA. It was ranked fifth of all time as the best selling album by a British artist.

Check out the band on spotify here.

The band’s Jimmy Page also said that he was fed up with the press coming down hard on Led Zeppelin as they had left the album “untitled” for a long time.

He said, “After all we had accomplished, the press was still calling us a hype. So that is why the fourth album was untitled”. The Led Zeppelin co founder also revealed that he refused to even give interviews for almost 18 months!

The album was issued with no text on the front or back covers. This included their name or the title.

“After the release and success of the third album, we were still getting negative reviews about the albums and concerts in certain trade journals in America”, Page said.

“And even after the third album, it was being said that we were ‘a hype’ and one thing and another. It was slightly aggravating. It seemed as though it would be an interesting proposition to actually put out an album with no information on it at all…and see how it would sell”.

At the time of the release, the late John Bonham added, “The cover means whatever people want to read into it”.

“For me, it means: ‘I’d rather live in an old house than a block of flats.’ My personal view is that the album is the best thing we’ve ever done. I love it. It’s the fourth album and it’s the next stage we were in at the time of recording. All the albums have been different and to my mind, this is the best and that’s not trying to be big-headed or flash”.

“effort of making the music”

A lot of this album was recorded during the winter of 1971, while early morning recording sessions began in London’s Island Studios in December 1970.

Led Zeppelin moved to Headley Grange in January 1971, where they recorded most the basic tracks for the recorded with their engineer Andy Johns.

Jimmy Page also added, “After the brief stay that Robert and I had at Bron-Yr-Aur cottage [while working on Led Zeppelin III], I could see a situation where we all resided at Headley Grange and had a recording truck. I was keen on this whole idea of using it as a workplace so you could concentrate totally on the effort of making the music, while residing at the location”.

Find out more about this increadible album via the band’s YouTube channel.

Gallagher Gets Vaccine As Doctor Calls Him A “Fool” For Turning...