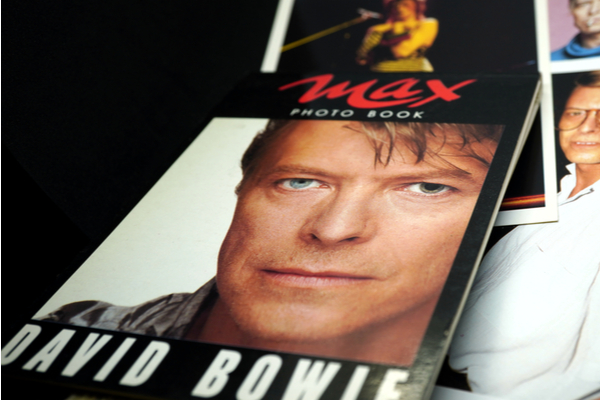 Ken Scott has said that music icon David Bowie was in tears as he performed the opening track of his album The Rise and Fall of Ziggy Stardust and the Spiders From Mars.

Ken Scott who co-produced four David Bowie albums, conceded that this cannot be heard clearly in final mix. But he revealed that he has used an alternative version to show fans just how much Bowie gave while he was working.

You can also check out this version below.

“With all of the top name artists I’ve worked with, and vocalists, I’ve never come across anyone quite like that”, Scott told Music Radar.

Scott also added, “The first track on Ziggy, ‘Five Years,’ by the end of the take he (David Bowie) was bawling his eyes out; there were tears rolling down his face. Now, unfortunately when one is mixing, doing a final mix, you’re trying to be dramatic, should we say, and put everything across as best you can. And when you do that sometimes these little bits and pieces get a little lost”.

“You do hear that there’s emotion in his voice at the end there. But now quite often in my talks, I will play the ending of ‘Five Years’. It starts off with just the regular track [then] I’ve laid that down so it’s just David and acoustic guitar…I’ve had members of the audience that have heard this – they’ve started to bawl their eyes out. It is so moving. And that’s what he gave every single time”.

A Bowie performance “came from his heart every time”

Ken Scott also revealed that one of the great David Bowie qualities was his ability to quickly capture what he wanted to express.

“Of the four albums I co-produced with David, about 90 percent of the vocals were first take, beginning to end”, the producer said.

“I would run the take, get the level for his vocal, go back, hit record on the take, and what he did that one time through is what we still hear today. And that’s no Auto-Tune…no cut and pasting things, no moving anything around. It was one performance that came from his heart every time”.

Speaking of Bowie tracks, two versions of his single “Shadow Man” were also released recently. Check them out here.