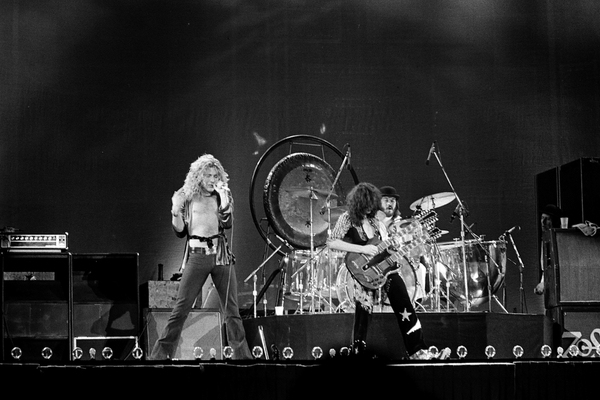 US book publisher, Penguin Press has set a date to release acclaimed author, Bob Spitz’ latest band biography. Led Zeppelin: The Biography is set to grace stores throughout the globe, and online, with its release on November 9th.

From the author of New York Times’ bestselling history of the Beatles, comes the powerful account of the English rock group. Arguably the most successful rock group of all time, Led Zeppelin rocked sold out venues and sold over 300 million albums, worldwide.

“Rock stars. Whatever those words mean to you, chances are, they owe a debt to Led Zeppelin,” reads Penguin’s website. “No one before or since has lived the dream quite like Jimmy Page, Robert Plant, John Paul Jones, and John Bonham. In Led Zeppelin, Bob Spitz takes their full measure, for good and sometimes for ill, separating the myth from the reality with the connoisseurship and storytelling flair that are his trademarks.”

Led Zeppelin announced themselves to the world with their 1969 self-titled album, selling over 10 million copies, before going on of become the world’s best rock group. Many would feel the Zepp are the original rockers, inspiring future generations for years to come with a total of 9 unforgettable albums. Led Zeppelin may not have invented the groupie, and they were not the first rock band to let loose on the road, but they took it to an entirely new level, as with everything else.

Notoriously a guarded group of individuals, the band try keep things behind closed doors as previous books have shone more heat than light. However, Bob Spitz’ feel for the atmosphere surrounding Led Zeppelin is unparalleled. The context of the music, the business, recording studios, touring life, radio stations, the fans, the whole ecosystem of popular music, is nicely tucked into this amazing biography.

Spitz wonderfully fuses sophisticated Londoners Page and Jones, and Midlands wild men Plant and Bonham, “into a band out of the ashes of the Yardbirds, in a scene dominated by the Beatles and the Stones”.

“Spitz takes the music seriously and brings the band’s artistic journey to full and vivid life. The music is only part of the legend, however: Led Zeppelin is also the story of how the 60’s became the 70’s, of how playing in clubs became playing in stadiums and flying your own jet, of how innocence became decadence.”

Slash and The Conspirator’s Myles Kennedy spoke about how his dream came true and he sat beside Led Zeppelin with a view to possibly replacing Robert Plant. Following the band’s reunion show in 2007, Jimmy Page, John Paul Jones along with drummer Jason Bonham invited Kennedy to write music with them. He was also invited to rehearse with the band for two sessions.

Linkin Park Issue A Cease And Desist To Trump Campaign For...