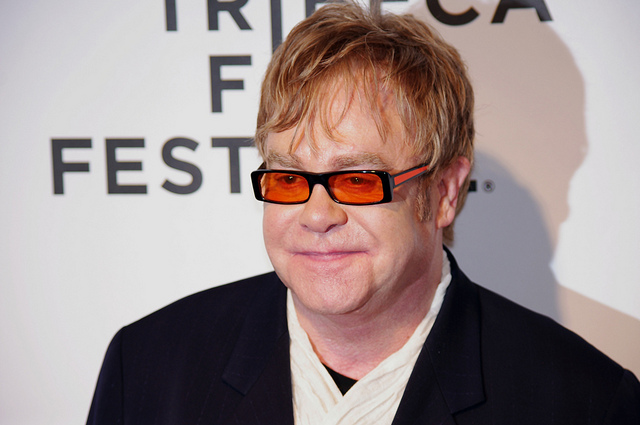 Well it wasn’t actually Vladmir Putin, it was someone who just sounded very like him. So much so that Elton John believed it and posted on social media that he was on the phone to the Russian leader.

It was then later revealed that it wasn’t Putin and was in fact a pair of Russian pranksters that decided to call Elton John. They discussed a number of different issues but Elton was practically interested in talking about LGBT issues.

Elton was intrigued by the discussion and even said that he would love to meet up with Putin himself and discuss gay rights in Russia. It came off the back of Elton’s trip to Ukraine where he met with President Petro Poroshenko and urged him to show more support for the LGBT community.

However now that it has been revealed that the whole conversation was a hoax, Elton John didn’t take it particularly well. He took to social media to criticise how Russia deals with the rights of gay people.

On Instagram Elton said “Pranks are funny. Homophobia, however, is never funny. I love Russia and my offer to talk to President Putin about LGBT rights still stands. I will always stand up for those that are being degraded and discriminated against.”

You can have a look at the full Instagram post here which includes a powerful image. You can also listen to the prank phone call down below.

Video: Foo Fighters Want A Petition To Get Oasis Back Together!