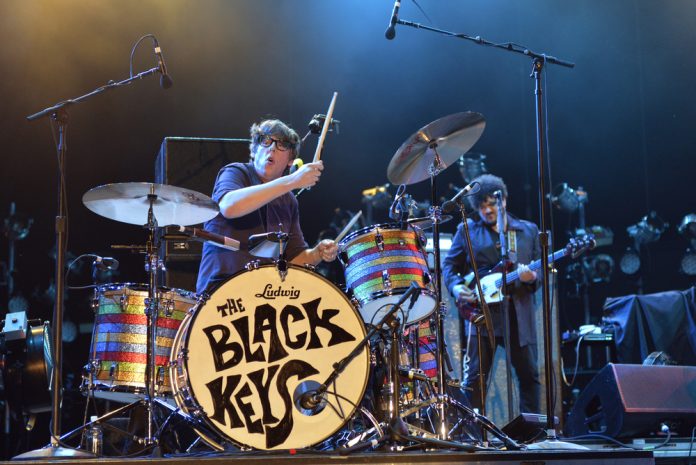 The Black Keys have revealed their first tune together in five years. It’s a psychedelic rock groove called “Lo/Hi” and it’s streaming below.

This is Dan Auerbach and Patrick Carney’s latest offering since their 2014 record, Turn Blue. The track is written and produced by both Auerbach and Carney, they laid down the single at Auerbach’s Easy Eye Sound studio based in Nashville, Tennessee.

“Lo/Hi” is a classic blues-rock mid-tempo number that has Auerbach crooning over a fuzzy riff and a steady driving drum track. The tune reaches a crescendo with a blues guitar solo.

During the five year hiatus, Auerbach and Carney have been working separately on a number of projects. In 2017, Auerbach developed his Easy Eye Sound record label, named after his own recording studio.

Auerbach also collaborated on recent drops with Tim O’Brien with “Amazing Love“ and Cactus Blossoms, “Got a Lotta Love“. Auerbach’s second solo album, Waiting On a Song, was released in 2017.

Meanwhile, Carney has also recorded new music with a variety of artists including producing and collaborating on Calvin Johnson’s A Wonderful Beast, which saw a drop in 2018. The musician also produced his partner Michelle Branch’s 2017 LP, Hopeless Romantic.

Foo Fighters Will Perform At The 2018 Brits!