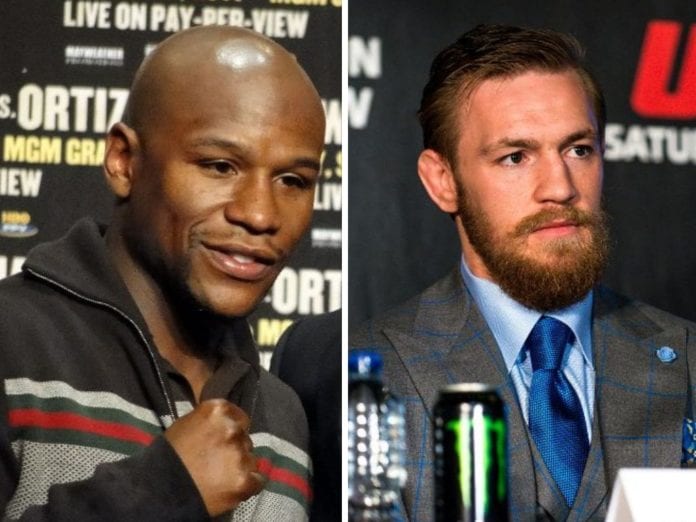 If you’re one of the many people out there getting excited for the impending Mayweather V McGregor fight, you may need to take heed.

It seems Mayweather is looking to ramp up the cost for Pay-Per-View to a whopping £100.

According to Eddie Hearn that is, who recently gave some insights to GQ on what Mayweather was hoping for. Hearn told GQ: “Mayweather wants the price to be £100.” That would be a record for PPV with the average being almost £15. But, fear not friends, Hearn doesn’t believe the price will be above the normal price for a PPV.

Hopefully that is the case!

Meanwhile sales for the actual show in Las Vegas are not going as well as you would have expected. According to multiple sources, there are still hundreds of tickets available.

That could have something to do with the whopping cost of the tickets. The cheapest face-value ticket is $3,500, and that’s not counting approximately $300 worth of fees associated with the purchase. Prices soar as high as $10,000 for ringside seats, with VIP “platinum” tickets coming in just under $15,000. Ouch!

If you’re thinking you can’t afford any of this, but you’re still having a hankering for some McGregor in your life, than you can always wait till the new McGregor documentary comes out.

Universal have picked up on the fact that his rise to fame is befitting of a Hollywood movie script, so they’ve made his story come to life on the big screen. The film contains footage filmed over four years. The first official trailer of it was released by Universal on their own Twitter page last Monday! Fans can also keep up to date with news of the film through signing up on the film’s website www.conormcgregorfilm.com.

Are You Heading To Phil Collins This Weekend? We’ve Got All...