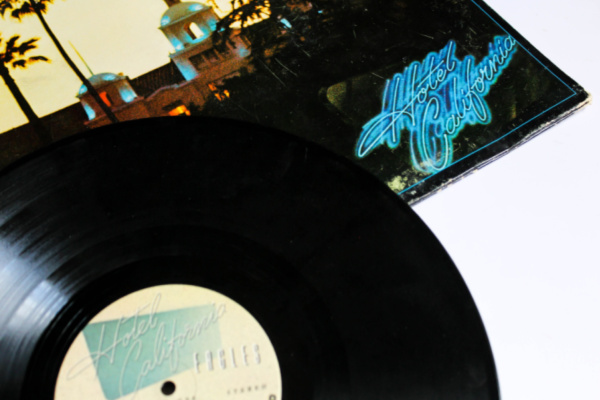 These Eagles notes are also worth over $1 million. They also included lyrics for tracks from the band’s Hotel California album. Tracks includ Life In The Fast Lane and New Kid In Town.

These manuscripts were originally stolen in the late 1970s. The DA also added that they were stolen by an author hired to write a biography of the Eagles.

It was also revealed that this biographer sold these scripts to Horowitz in 2005. He then sold them to Kosinski and Inciardi.

“New York is a world-class hub for art and culture, and those who deal cultural artifacts must scrupulously follow the law”, DA Bragg said.

Bragg also added, “There is no room for those who would seek to ignore the basic expectations of fair dealing and undermine the public’s confidence and trust in our cultural trade for their own ends”.

“These defendants attempted to keep and sell these unique and valuable manuscripts, despite knowing they had no right to do so”.

“They made up stories about the origin of the documents and their right to possess them so they could turn a profit”.

The District Attorney’s Office have also claimed that the trio lied to auction houses, law enforcement and potential buyers about how they ascertained these Eagles notes.

Along with trying to sell the manuscripts, they also engaged in a “years-long campaign to prevent Henley from recovering the manuscripts”, according to the department.

Inciardi and Kosinksi have been charged with attempted criminal possession of stolen property in the first degree. The pair have also been charged with two counts of hindering prosecution in the second degree.

Alongside Horowitz, the pair were also charged with one count of conspiracy.

Speaking of the Eagles, a brawl broke out during the band’s recent gig at Hyde Park. How ironic that the band were playing ‘Take It Easy’ at the time. More on that here.