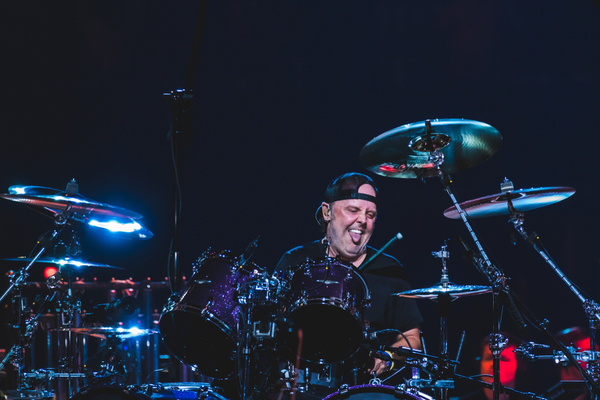 Steve Thompson who worked as mixing engineer on the fourth Metallica studio album “And Justice For All”, has claimed that Lars Ulrich’s drumming on the record sounded “like ass”.

Released in 1988, this was the band’s first studio album since the death of their bassist Cliff Bourton.

The album has received its fair share of criticism, with critics not happy with its tinny, dry production. People also found Jason Newsted’s bass guitar lines difficult to hear.

“Are you kidding me?”

Speaking on A Discussion With Dean Cramer, Thompson spoke about working on this Metallica album.

“Lars originally came in with a whole EQ setup chart of how he wanted his drums to sound”, he explained.

“So Michael Barbiero, my partner, says, ‘Why don’t you work with Lars and get the drums [sounding the way he wants them to sound], and then once you do that, I’ll take care of the rest’. So he does that. And I listened to the sounds, and I said, ‘Are you kidding me? I think this sounds like ass’.

The engineer also added, “So anyway, I kind of re-EQed all the drums a little bit just to make ‘em a little more palpable — it’s in the ear of the beholder. Then I brought the bass up, which I thought the bass was a great part because… You know what was great about [Newsted’s] bass? It was a great marriage with [James] Hetfield’s guitars – it was like they needed to work together. It was perfectly played”.

Thompson then revealed that when he played it to the band, it was approved by Metallica frontman James Hetfield, but Ulrich was not quite so satisfied, asking “What happened to my drum sound?”.

“So I did it as a joke”, the Metallica engineer added. [I] dropped it all the way down. He goes, ‘Drop it down another five or six dB’ from there, which could hardly hear it — you couldn’t hear it. I said, ‘Seriously?’ And I think I turned around to Hetfield, and he just went like this [raises both hands]”.

Revealing that he “hated” the final result of the album, Thompson stated, “you have to respect [the band’s] opinion” because “it’s not my record, it’s their record”.

A week before Christmas, San Francisco declared “Metallica Day” in a special tribute to the band’s fourtieth anniversary.