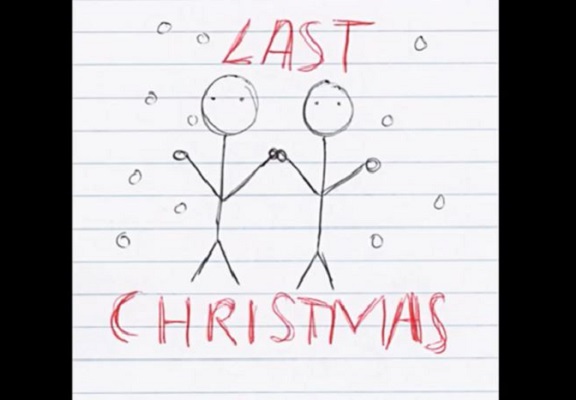 One kind-hearted Irish teen released a Christmas single, in the hopes of fundraising to help the homeless population of Dublin. Originating from Dublin herself, Molli Meaghan-Tresson will be donating all proceeds from her song, Last Christmas, to the Capuchin Day Centre.

Radio Nova’s Clint Dreiberg published a lovely piece, some weeks ago, explaining the meaning behind this beautiful song. You can read Clint’s article here, where you will find Molli’s beautiful lyrics and pictures of her with RTÉ broadcaster and host, Ryan Tubridy.

Molli caught the attention of Ryan while busking on Dun Laoghaire Pier. The RTÉ broadcaster endorsed her on his radio show and posed for pictures.

Molli joined Radio Nova on air recently and said the track is all about a homeless couple living in a big city.

“They’re thinking that it could be their last Christmas, so they’re just trying to make the most of it. [T]hey sort of realise that it’s not about the commercial things. It’s more about love and happiness and their hope to get through it all.”

Now living in Enniscorthy Co Wexford, 17 year-old Molli started busking in 2018. However, like many other musicians, she has not been able to play due to the current pandemic. In a recent interview, Molly – who started to play the guitar around the age of eight – told reporters she began to busk to “get more of an audience.”

“I decided to start going out busking to get more of an audience,” Molli told reporters. “And December is a particularly hard time of the year, so I decided I could give my earnings for that month to people who need it more than I do.”

However, as the pandemic struck, Molli found herself being unable to busk at her usual spot at Dun Laoghaire Pier. As a result of the setback, the teen has decided to instead donate earnings from her newest single Last Christmas.

The teen’s proud dad, Sean has said all of this is down to Molli, who has organised for Radio Nova’s very own Gavin Glass to produce the track.

“This is all Molli. She’s researched all the charities herself, she wrote the song herself, she sent it off to Gavin Glass. He opened a recording studio down here in January. Gavin said he’d gladly produce [the single]. So he’s been a great help that way.

“We’re just really trying to get the word out. [During the lockdown] she’d stand out in the garden and wrote her own songs. She just kept going with the music. There’s been a few negatives and positives. So, she has developed her own sound but, she’s missed out on a few opportunities as well.”

Of these “missed opportunities,” Molli was approached by Vicker Street owner, Harry Crosbie, to perform at the popular Dublin venue. However, all that disappeared when COVID rocked these shores.

“He started listening to her one day in Dun Laoghaire and he said he’d like to give her a few minutes on stage before one of the bands. Then unfortunately, because of COVID, that’s all gone.

“He added: ‘If you get 100,000 plays on Spotify that would generate over €1,000,’ so we’re asking people if they could just play and share the song. That’d be a free way for people to help out. An awful lot of people who don’t have iTunes or Spotify have asked to donate because they want to help so, we set up a PayPal link too.”

The pair have been in touch with Brother Kevin of the Capuchin Day Centre, who is said to be “over the moon” with the idea. Molli said she had raised a total of €2,000 over the past two years from her December busking.

You can help Molli raise some much-needed funds for the homeless by streaming her single Last Christmas on Spotify and YouTube. You can also help Molli reach her goal by donating directly here.

Another charitable soul also made a Christmas track to donate proceeds to charity. Marc Redman released Santa Clause Is Coming To You to remind kids that ol’ St Nick will still come visit this year.

Bryan Adams Tests Positive For Covid For Second Time In A...