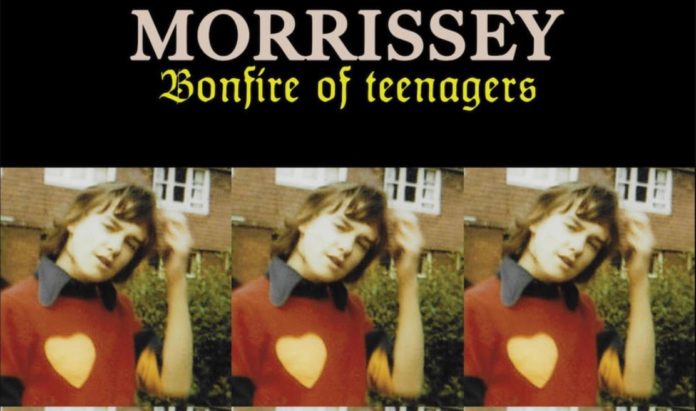 Morrissey has announced a new album, Bonfire Of Teenagers.

Calling it “the best album of my life” , Bonfire of Teenagers is the first Morrissey record since the former Smiths singer was dropped by his record label BMG.

On being dropped from the record label, Morrissey said that it was “perfectly in keeping with the relentless galvanic horror of 2020,” before adding: “We would be critically insane to expect anything positive”.

“My three albums with BMG have been the best of my career, and I stand by them till death,” Morrissey continued.

“Recording them has been a pivotal period in my life, and I thank the previous BMG team and everyone involved for that. It’s still important to me to do music my own way, and I wouldn’t want to be on a label that dictates so specifically how their artists should behave – especially when the word ‘talent’ is notably never mentioned”.

“The best album of my life”

Bonfire Of Teenagers has 11 songs and was recently completed in Los Angeles. No release date has been announced so far.

A quote from Morrissey on the album reads, “The worst year of my life concludes with the best album of my life”.

Another note read, “Morrissey is unsigned. The album is available to the highest (or lowest) bidder”.

Check out the tracklist here.

News of this new album comes after Morrissey recently hit out at the Simpsons for sending up the Smiths in an episode which aired last month. In the episode, Lisa Simpson makes an imaginary friend, Quiloughby, a depressed indie singer from 1980s Britain. The character was voiced by Benedict Cumberbatch.

The episode was called Panic On The Streets of Springfield.

“Sadly, The Simpson’s show started out creating great insight into the modern cultural experience, but has since degenerated to trying to capitalise on cheap controversy and expounding on vicious rumors”, the singer added in a statement via his Facebook account.

Morrissey citicised the show further. Writing via his own Morrissey central website, the singer wrote, “The hatred shown towards me from the creators of The Simpsons is obviously a taunting lawsuit, but one that requires more funding than I could possibly muster in order to make a challenge”.