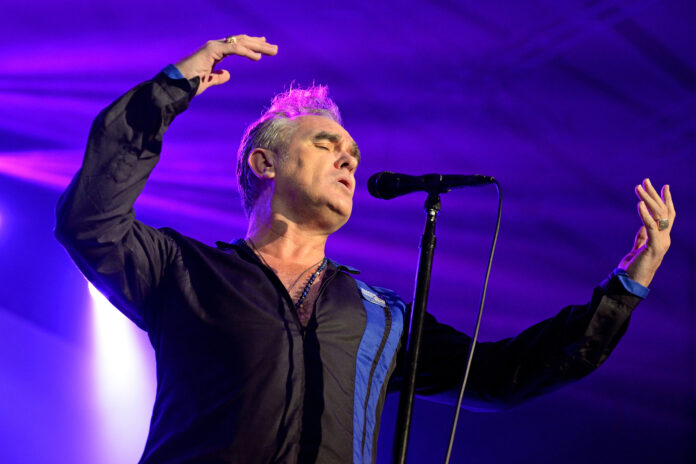 Morrissey has been spectacularly dropped by his record label BMG. The former Smiths frontman announced the news on the website ‘Morrissey Central’. “This news is perfectly in keeping with the relentless galvanic horror of 2020. We would be critically insane to expect anything positive, the 61-year-old told the site.

Always an interesting figure, Stephen Patrick Morrissey has, in recent years, courted controversy. From a poor working-class Mancunian-Irish background, in his earlier years with the Smiths, he was a champion of the underdog, the marginalised, the lonely.

Nowadays he seems to have got himself some odd views. He was very supportive of Nigel Farage and has made several anti-immigrant comments. And there was that book. Morrissey’s autobiography, handily called ‘Autobiography’ was published in 2013. It’s a very long book. The book received mixed reviews but shot straight to the top of the bestseller lists in the UK and Ireland. The singer focused very heavily on his and Johnny Marr’s legal dispute with Smiths drummer Mike Joyce. Joyce sued the pair over unpaid royalties. Joyce won. Morrissey seemed more than a tad bitter. AA Gill, reviewing ‘Autobiography’, said: “What is surprising is that any publisher would want to publish the book, not because it is any worse than a lot of other pop memoirs, but because Morrissey is plainly the most ornery, cantankerous, entitled, whingeing, self-martyred human being who ever drew breath. And those are just his good qualities.”

Due in part to Morrissey’s recent outbursts, which some people claimed were racist, ticket sales had been slower than usual, even before the pandemic. Being dropped by your record label is still quite a blow for an artist of Morrissey’s stature. The singer had released the albums ‘Low in High School’ (2017), ‘California Sun’ (2019) and ‘I Am Not a Dog on a Chain’ (2020) with BMG. The record label has confirmed that the star has been dropped but, they stated, their 3-album deal had come to an end.

Morrissey said: “It’s still important to me to do music my own way and I wouldn’t want to be on a label that dictates so specifically how their artists should behave – especially when the word ‘talent’ is notably never mentioned.”

Which suggests there was more to it than the 3-album deal simply coming to an end, doesn’t it?