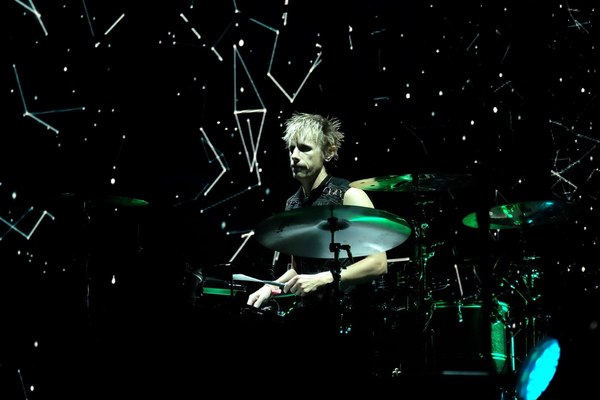 Muse drummer, Dom Howard has sold his home in the Hollywood Hills to actress Anna Kendrick for nearly $7million (€6,180,300). According to Dirt, the Los Angeles home was built in 1958 and is nearly 4,900-square-feet.

Described as an extremely private property in the Hollywood Hills, the property has tall walls and hedges and is located in a cul-de-sac, within another cul-de-sac. Howard owned the home for seven years and renovated and expanded the home that was built in 1958 while he lived there.

Before the Stockport drummer, the property had been owned in 2008 by actress Mila Kunis – who lived there for six years before marrying Ashton Kutcher. However, Kunis sold the property to an anonymous buyer in 2014, three months before Howard made his purchase.

Reportedly listed for $7.7 million, the property has fallen to just $7 million after initially having not received any takers. Following her massive purchase, Ms Kendrick can enjoy living in the very same area as Red Hot Chili Peppers’ John Frusciante!

Meanwhile, Howard has been busy hitting beats for the newly released track; Won’t Stand Down, last month. Produced by Muse, and mixed by Bring Me The Horizon and Enter Shikari collaborator – Dan Lancaster, the track – according to Bellamy – is about “standing your ground against bullies, whether that be on the playground, at work or anywhere.”

The new track is a first taste of what is to come from an upcoming Muse album, details of which are yet to be confirmed. However, the band has already revealed they are due to play their first UK live show in nearly three years. This June, the Devon rockers are set to perform a headline slot at the Isle of Wight Festival, as well as a number of major European festivals this summer – including Tempelhof Sounds, and Mad Cool Festival.