Home Music News All You Need To Know About The Waterboys At Leopardstown On August... 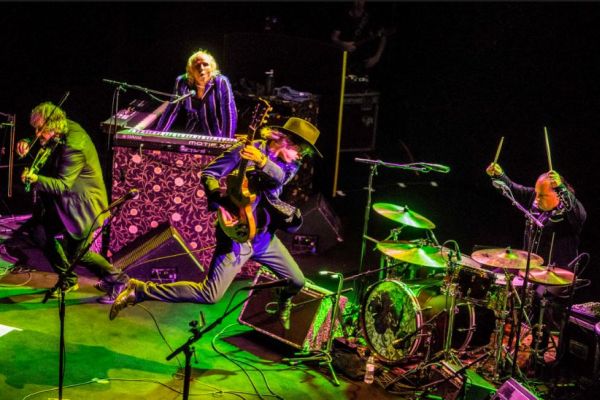 Here’s all you need to know about The Waterboys before their upcoming gig in Dublin this month!

The Waterboys are set to play at the hugely successful Bulmers Live at Lepordstown festival this month, and tickets are selling fast. The legendary Waterboys, beloved by Irish fans nationwide, are scheduled to close the festival on the 16th of August, and will be playing their most iconic hits from the past few decades. You can purchase tickets for the gig here: http://www.seatadvisor.eu/tickets/leopardstown

The British-Irish folk band, set up by Mike Scott in 1983, reformed in 2000 after their extremely successful run in the 80’s and 90’s, and have since continued to travel worldwide with their hugely successful tracks, including ‘Whole of the Moon’ and ‘How Long Will I Love You’. Their 1989 album, Fisherman Blues, is ranked as the band’s most influential work, and was featured in the book ‘1001 Albums You Must Here Before You Die’.

The Waterboys are famous for their rich, distinctive sound, which incorporates R&B, Hip Hop and country, and have collaborated with some of the biggest names in Irish traditional music, including fiddler Steve Wickham, drummer Dave Ruffy, keyboardist Guy Chambers, and bassist Marco Weissman. The Waterboys have always had a unique relationship with Ireland since their first appearance at Galway Arts Festival in 1989, with lead singer, guitarist and pianist Mike Scott stating that Ireland has had a great influence over the band’s sound: ‘I felt at home. It felt creative, music was everywhere, it was easygoing. I liked the Irish imagination.’

Although the setlist has not been released yet, we’ve gathered their most iconic hits that will have you buzzing for their upcoming performance at Bulmer’s Life at Lepordstown festival:

Wondering how to get to Lepordstown? Check out transportation and times below: