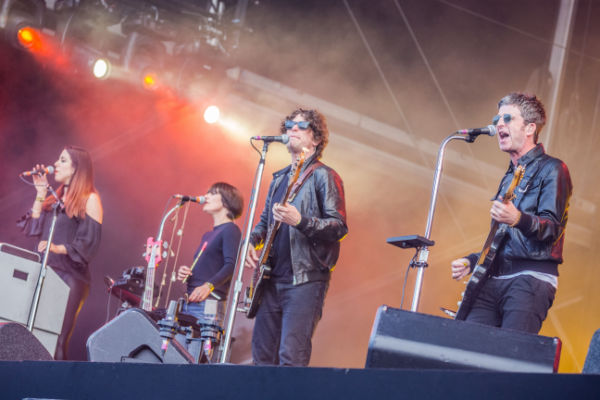 Noel Gallagher will be taking to the stage at Dublin’s Royal Hospital Kilmainham with his band High Flying Birds this August.

Subject to licence, the former Oasis guitarist will perform at the venue, along with special guests Happy Mondays and Primal Scream.

This open air show takes place on August 27, with tickets going on sale this Friday (27 January) at 9am.

Here on Nova, we are giving you the chance to win tickets to that show. Check out the Morning Glory show with PJ and Jim to find out more!

News of this concert comes just a week after Noel Gallagher announced when he will release his new album, including new single ‘Easy Now’.

Arriving on June 2 via Sour Mash, the album has been called Gallagher’s “most varied and accomplished solo record to date”.

Recorded at the famous Abbey Road Studios, ‘Council Skies’ will also be co produced by Gallagher alongside Paul ‘Strangeboy’ Stacey.

In a statement, Gallagher explained how the album brings him back to his Manchester roots.

“It’s going back to the beginning. Daydreaming, looking up at the sky and wondering about what life could be … that’s as true to me now as it was in the early ’90s”, he said.

He added, “When I was growing up in poverty and unemployment, music took me out of that. Top Of The Pops on TV transformed your Thursday night into this fantasy world, and that’s what I think music should be. I want my music to be elevating and transforming in some way”.

On top of this, Noel has claimed that he has started to mend fences with estranged brother Liam Gallagher. The pair have been at loggerheads since Oasis split up in 2009.

When asked how he had been getting on with Liam recently, Noel replied, “Oh, brilliantly, yeah”. Find out more here.

This Week in Music History With Marty Miller – August 15th...