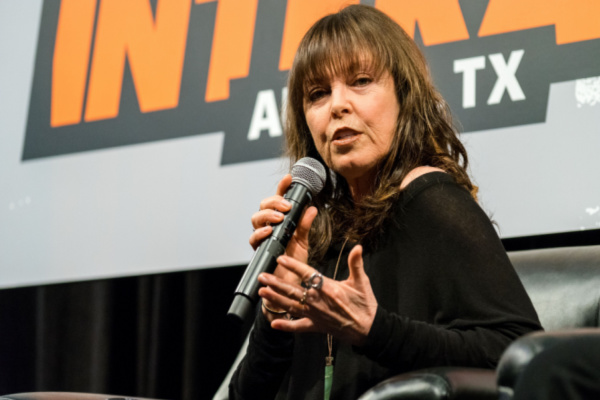 Pat Benatar has said that she will not performe hit track ‘Hit Me With Your Best Shot’, out of respect for those affected by US mass shootings this year.

Benatar released this track in 1980, and it was an instant success. As well as being certified gold by the RIAA, ‘Hit Me With Your Best Shot’ also sold one million copies. It was also the first track released by Pat Benatar to break into the US Top 10.

Following its release, Pat Benatar performed the track for the 1982 film ‘Spring Fever’. It was also used in the 2012 film ‘Rock Of Ages’, in a dance scene involving Catherine Zeta-Jones.

It was also used in a mashup with Blondie’s ‘One Way Or Another’ during the fourth episode of series 6 of Glee.

‘Hit Me With Your Best Shot’ was also written by Eddie Schwartz. He also produced tracks for the Doobie Brothers, Rita Coolidge and Donna Summer.

However despite it’s success following its release, Pat Benatar has revealed that she will no longer be performing the track, out of respect for the families of victims of mass shootings in the US.

While she admitted that the track’s title was simply “tongue and cheek”, a line needs to be drawn.

“We’re not doing ‘Hit Me With Your Best Shot’ and fans are having a heart attack and I’m like, I’m sorry, in deference to the victims of the families of these mass shootings, I’m not singing it. I tell them, if you want to hear the song, go home and listen to it”, Benatar told USA Today.

She added, “I can’t say those words out loud with a smile on my face, I just can’t,” she said. I’m not going to go on stage and soap box – I go to my legislators – but that’s my small contribution to protesting. I’m not going to sing it. Tough”.

‘Hit Me With Your Best Shot’ has been used regularly at US sports events.

Pat Benatar herself was inducted into the Rock and Roll Hall of Fame alongside several big name musicians earlier this year.