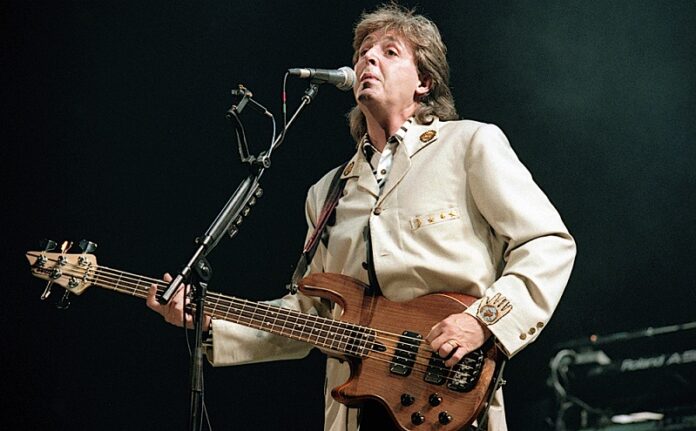 Paul McCartney has revealed his favourite Beatles song and which one he has heard the most.

In an interview with Zane Lowe, McCartney was asked by Lowe if he had ever given him a definitive answer on what his favourite Beatles song was or did he always swerve that question.

McCartney joked “I always swerve it.” He then went on to admit “I always say ‘You Know My Name (Look Up The Number)’, which is a zany, zany little B-side that nobody knows – but we had such fun making it.”

He went on to add “It’s like a little comedy record. And I just remember the joy of making it.”

That track was released as a B-side to the ‘Let it Be’ single from 1970 and you can listen to it below.

Paul McCartney also revealed that ‘Let it Be’ is the Beatles track he has heard the most. “I would say probably ‘Let It Be’ … It’s the most ubiquitous. It sort of got everywhere. Ubiquitous from the Latin, ubi quo, meaning everywhere.”

He also told Lowe the other Beatles songs he loves. “But there’s a lot of songs that I love of the Beatles. I think ‘Strawberry Fields’ is a great song; I think ‘Hey Jude’ worked out great. I’ve got a lot of favourite songs: ‘Blackbird’ I love, ‘Eleanor Rigby’ I love.”

Next year, Peter Jackson’s Beatles documentary, ‘Get Back’ is released. He recently shared some clips of the documentary on YouTube. Paul McCartney is looking forward to it being released as it proves that he wasn’t to blame for the band breaking up.

In an interview with The Sunday Times, he said “It was so reaffirming for me. Because it proves that my main memory of the Beatles was the joy and the skill.”

“The proof is the footage. I bought into the dark side of the Beatles breaking up and thought, ‘Oh God, I’m to blame.’ I knew I wasn’t, but it’s easy when the climate is that way to start thinking so.”

He went on to add “But at the back of my mind there was always this idea that it wasn’t like that, but I needed to see proof. There’s a great photo Linda took, which is my favourite, of me and John working on a song, glowing with joy. This footage is the same. All four of us having a ball.”