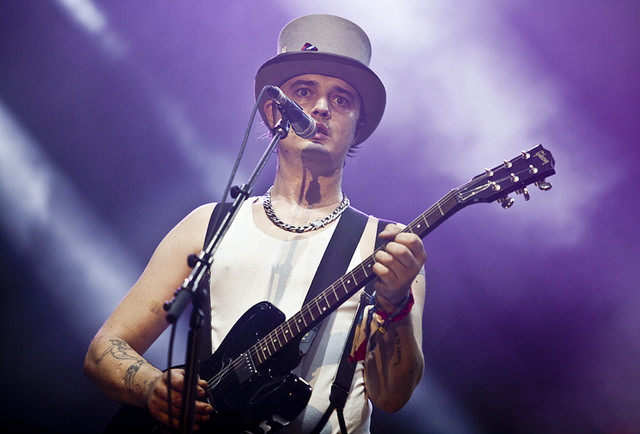 It seems that the days where rockstars would trash hotel rooms are dead and gone, don’t say that to The Libertines frontman Pete Doherty. After a gig in Ibiza Rocks last month, Doherty took it upon himself to spray paint Nirvana lyrics on the wall.

After The Libertines played at the Ibiza Rocks Hotel last month on July 22nd, Doherty spray painted some of the lyrics from ‘Comes As You Are’ on the wall. The words he spray painted were ‘As a friend, As an known enemy..” from the iconic song and he also spray painted “Aye Aye Beefa” on another wall.

Doherty was said to have been in high spirits after the gig and he celebrated backstage with his family, including son Astile, and his girlfriend. He also surprised Ibiza Rocks staff by jumping into the finance office backstage to thank everyone behind the scenes.

The Libertines stayed at the Ibiza Rocks House at local hotel Pikes. It was later discovered the day the band left that the letters “QPR” had been spray painted on the poolside terrace and there was also spray painting on the bedroom ceiling of Doherty’s suite at the 500-year-old iconic Ibiza hotel.

You can check out the spray painted walls here