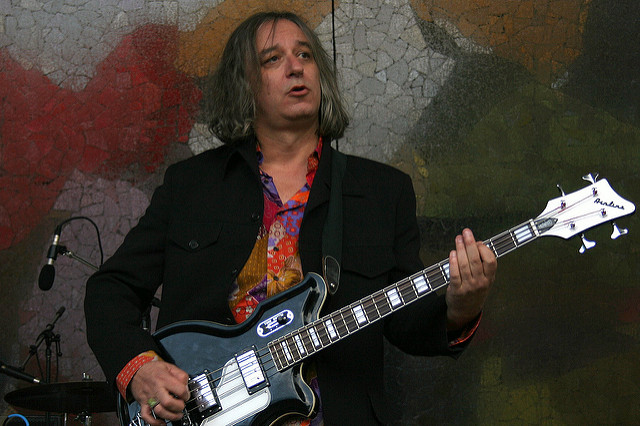 According to Spin, the surprise guest was Peter Buck who joined the Black Crowes brothers to perform R.E.M.’s “7 Chinese Bros” from 1984’s Reckoning.

This purely acoustic tour is a prelude to their much anticipated big summer tour for the Robinsons. Last year, they told fans to expect a massive arena and amphitheatre tour to celebrate the 30th anniversary of the Crowes’ debut album, Shake Your Money Maker.

This intimate Brothers of Feather tour has seen the brothers perform acoustically in small clubs in Europe and the U.S., it comes to an end on Friday with a show in San Francisco.

Check out fan-shot footage of the performance below:

Arctic Monkeys To Reissue Their First Album On ‘Smoke’ Vinyl