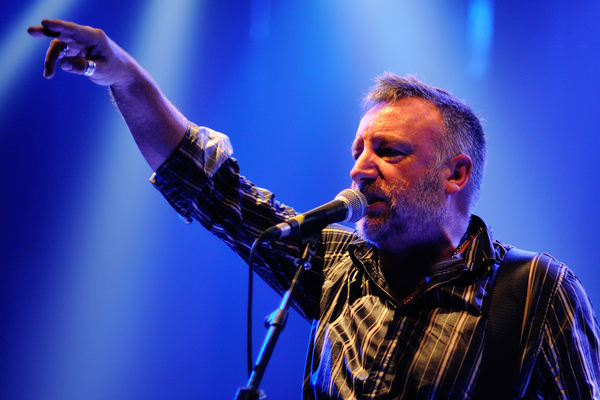 New Order’s Peter Hook is to sell a selection of the band’s most cherished items this October.

The items will be sold at Omega Auctions in Merseyside, with 400 items being auctioned off.

The items include proof sleeves and framed promotional pieces. Some rare vinyl pieces like, tapes, CDs, test pressings and artwork will also be included at the auction. Platinum record commemorations will also be auctioned off.

Some of the items will also come from Hook’s time in Joy Division, but the majority will come from New Order.

Other valuable items going under the hammer will include the 2006 “The End” audio rig from New Order’s farewell concert in Buenos Aires.

Hook is even auctioning off his most treasured possession. He has decided to sell his own instruments. These include the “Overwater Bass Guitar”.

Hook is also letting go of the Prophet 5 Synthesiser and Sequencer, the same one that was used to play their tracks live. This includes some of their best tracks like “Blue Monday”.

Some of the awards won by Hook for his work with the band will also be going under the hammer. These include his 2006 Ivor Novello and the “Blue Monday Anvil” which was presented to New Order by Factory Records to celebrate 500,000 sales.

All proceeds from this auction will also go towards charities such as The Christie Society and Epilepsy Society. The auction will begin on 8 October 2021.

Check out the full catalogue here.

Back in February, New Order announced the release of a new concert film and live album, titled “Education Entertainment Recreation”.

At the time, New Order released this statement.

“A career spanning celebration, the band were on relentlessly sparkling form, blending eras and genres and redefining themselves as perhaps the most vital British band of recent decades.  Lauded by both fans and critics, it is a timely reminder of the connection we are all missing from live music and the nights we have to look forward to”.

You can also find out more about that live album and concert film here.