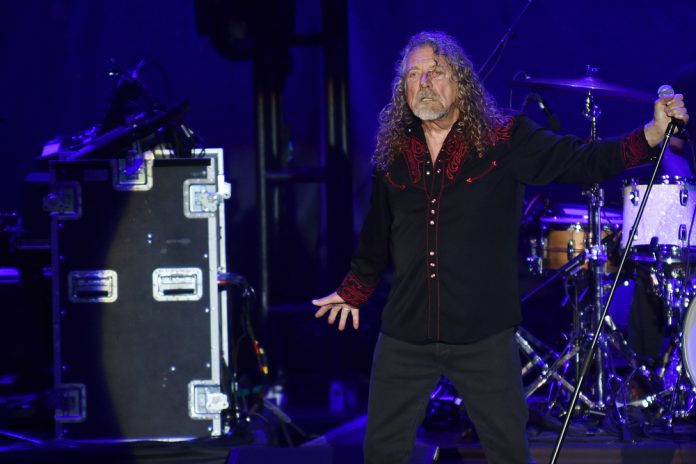 Plant, who is currently playing dates on a brief North American tour in support of his latest album, ‘Carry Fire’ was speaking in a new interview with The Current when the legend opened up about what could be on the cards:

“Well, we’re planning to get together and talk about it. Basically, it’s very difficult to find stuff that still is unheard, and not only will it be 50 years, but it’ll be, next year, 38 years since John Bonham passed away. And the great thing about Led Zeppelin was that we didn’t chronicle ourselves; we just kind of went from town to town and sang songs and played guitars and stuff. And then went about our lives.”

The singer hinted at the release of some new material:

“The whole idea of chronicling the life of people in bands… In a way, I wish that we had more stuff to look at, but there will be a book of photographs and stuff. But some of it will be particularly interesting, I think. Beyond that, musically, there’s bits and pieces lying around, but not an album or anything like that. But there will be a celebration, I’m sure, somewhere. A cork will pop!”

Formed in London in 1968, Led Zeppelin have sold more than 300 million albums worldwide and were inducted into the Rock And Roll Hall Of Fame in 1995