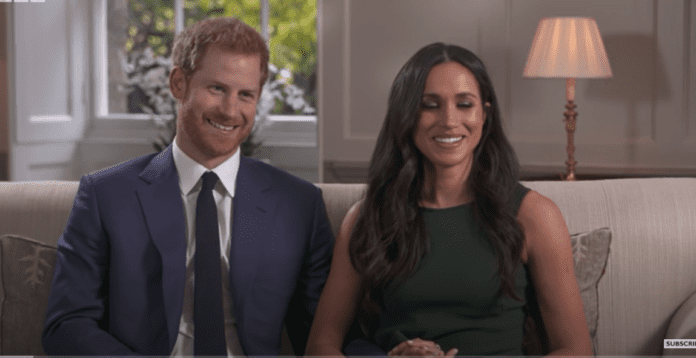 Meghan Markle and Prince’s Harry’s agreement to be interviewed on the Oprah Winfrey show “has made the palace nervous”, according to a source.

The couple could lose their royal patronages after agreeing to appear on the show.

This interview is to air next month on CBS.

CBS released this statement, “Winfrey will speak with Meghan, The Duchess of Sussex, in a wide-ranging interview, covering everything from stepping into life as a Royal, marriage, motherhood, philanthropic work to how she is handling life under intense public pressure”.

They added, “Later, the two are joined by Prince Harry as they speak about their move to the US and their future hopes and dreams for their expanding family”.

An insider said that there is a “great deal of nervousness” at the palace regarding this interview.

One royal source recently said, “One only has to look at the previous instalments of the tell-all interview to know these things never end up with a wholly positive experience for any party”.

They also added, “Everyone will be watching with intense interest”.

They also claimed that the Duke and Duchess of Sussex have “no way back to official royal duties”.

It could also mean that Harry could lose his patronages with the Rugby Football League, Rugby Football Union and the London Marathon, along with his three remaining honorary military titles.

“One of the most inevitable and predictable consequences”

Meanwhile, this could mean that Meghan coud have to step down as a patreon of the National Theatre. She had been given this role in 2019. Recently, she won a privacy claim at the High Court over a letter sent to her father. See here.

It was also even reported that the couple could potentially have to forfeit their links with the Commonwealth.

This interview was described as “one of the most inevitable and, sadly, predictable consequences of Megxit”.

Royal sources also said that the couple did not tell senior aides that they were doing the interview. They also said as non-working members of the Royal Family, they were not obligated to do so.

ITV’s Royal Editor, Chris Ship today told Good Morning Britain, “I think what you can expect from the interview is something pretty extraordinary”.

“All of those things have the potential to be pretty extraordinary, perhaps even explosive”, he added.

The editor says that Prince Harry will not do or say anything that will “severely embarrass the Queen”. He added that the Queen is “the one connection he’s maintained with his family over here”.

Ship also said that the couple’s time in the UK is “over”.

He said, “We’ve got to face facts here. Their lives are in America, and everything they do from here on in is going to be in America. They are not here anymore. They have moved on”.

This all comes after the couple announced they are expecting their second child. Their annoucement was criticised by Piers Morgan.