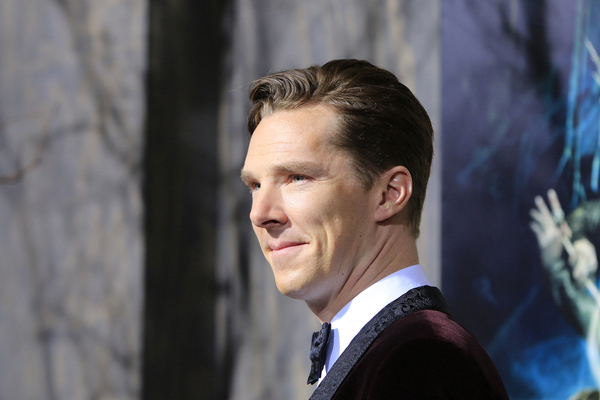 Actor Benedict Cumberbatch has said that starring in a Radiohead biopic would be “quite a weird film”.

Cumberbatch was speaking to NME about striking up a friendship with the band’s Johnny Greenwood and Thom Yorke. The actor’s upcoming film The Power Of The Dog was also scored by Greenwood.

Cumberbatch spoke to NME about that “weird” first meeting with Greenwood and Yorke.

“(Radiohead producer) Nigel Godrich and Edgar Wright came to see me in Hamlet”, Cumberbatch said. “They came backstage afterwards and we had a nice, long chat”.

Cumberbatch also added, “I said to Nigel: ‘I’m a massive Radiohead fan, I don’t suppose any of the boys would want to come and see some Shakespeare?’ So Jonny and Thom came one night and afterwards we talked backstage”.

“I was really nervous because it hadn’t been a great performance, so I was looking at the ground all embarrassed. But so were they – and Thom was muttering: ‘Yeah, we’re really big Sherlock fans…’ There was all this shifting around, all looking at our shoelaces. It was so weird!”.

Cumberbatch was also asked if he would star in a biopic similar to something like Rocketman or Bohemian Rhapsody.

“There are some rock stars I’d like to play”, he replied. “But I don’t think it’ll happen and I’m not going to say who. You’ll have to guess”.

On starring in a Radiohead biopic, Cumberbatch added this, “Oh I don’t think they want their lives made into a film. It would be quite a weird film, love them as I do. No not at the moment, but you know, we’ll see. Watch this space”.

Ahead of his upcoming film The Power of the Dog, Benedict Cumberbatch revealed that he suffered Nicotine poisoning during filming.

“I gave myself nicotine poisoning three times. When you have to smoke a lot, it genuinely is horrible”, he said. More on that report from Nova here.