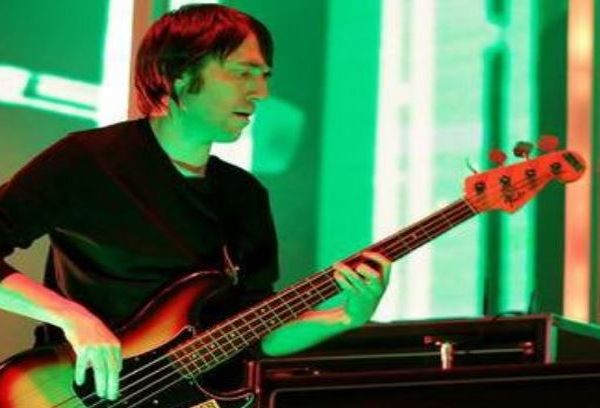 Radiohead’s Bassist Colin Greenwood has teamed up with relative newcomer Tamino on a track called ‘Indigo Night’ from his first E.P.  The song is available to listen to below. The down tempo song features Greenwood on bass, under pinning the vocals of the 21 year-old Tamino whose excellent vocal sounds like Jeff Buckley at times.

The collaboration came to light after friends of the duo connected Greenwood and the young musician together. Tamino described the evolution of the track, ‘Indigo Night is the most narrative song I’ve written, although there are still parallels with the main character in the song and me. I wrote it during my time in Amsterdam when I was 18. At the time, I felt like I needed some kind of awakening which maybe reflects in the song.’

Tamino then explained how he and the Radiohead bassist met, ‘Colin and I have a few mutual friends. We met a couple of times by pure coincidence. Last summer he came to one of my hometown shows in Antwerp and was very enthusiastic about the music. I felt like we spoke the same musical language when we talked afterwards. When we started recording we noticed we missed some bass guitar parts in a couple of songs. Colin felt like the perfect match because of his melodic playing, whilst keeping an incredible groove.I’m honoured to have him playing on my songs.’

Tamino has signed to Communion Records, and has UK headline show coming up at Electrowerkz on the 15th May. After that he’ll play a slot at Brighton’s Great Escape on the 18th May.

Want Some New Prince Merch? Check Out The New Line…

Fall Out Boy Have Released Three New Tracks – Listen Below!