Home Music Rage Against the Machine Postpone US Tour Dates 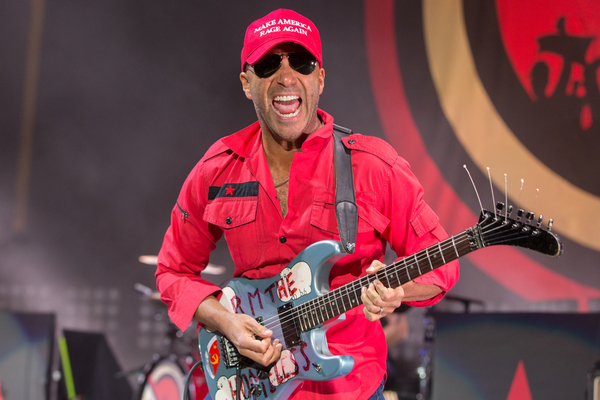 Rage Against the Machine’s tour is the latest to be delayed by the pandemic.

With the US still struggling amid the Omicron wave, Rage Against the Machine have delayed their tour of the country by three months.

Backed by Run the Jewels, Rage Against the Machine were originally supposed to tour the US between March and May back in 2020. That tour was scrapped when the pandemic first hit. Rescheduled for summer 2021, the tour was once again cancelled, and now two years into the pandemic the virus continues to cause disruption for the band.

Third time hasn’t turned out to be lucky for Rage Against the Machine. The tour had been set to begin at El Paso, Texas on March 31st but has now been delayed until July 9th, when the band will take to the stage in East Troy, Wisconsin.

“The Rage Against The Machine ‘Public Service Announcement’ North American Tour with Run The Jewels will now start on July 9, 2022 in East Troy, Wisconsin,” a statement released on social media reads. “Headline shows scheduled for March 31, 2022 through May 23, 2022 will be postponed and rescheduled. All tickets for the moved dates will be honoured. For fans wishing to obtain a refund for the postponed dates, refunds are available for a 30-day window from the point of purchase only, starting today.”

Rescheduled dates have yet to be announced.

The delay means Rage Against the Machine will be having a busy summer. They’ll cross the Atlantic for headline slots at Leeds and Reading, along with an appearance at France’s Rock en Seine in August.

Rage Against the Machine guitarist Tom Morello has revealed that he was mistaken for a member of the Jersey Shore cast by a tour guide last week.

“I was hiking today when one of those ‘Hollywood Tours Of The Stars Homes’ vans pulled up,” he said. “The driver says on the bullhorn ‘Hey I recognize you from somewhere! Are you one of those Jersey Shore guys??’ I reply, ‘Absolutely.’ And everyone in the van took a photo.”

I was hiking today when one of those “Hollywood Tours Of The Stars Homes” vans pulled up. The driver says on the bullhorn “Hey I recognize you from somewhere! Are you one of those Jersey Shore guys??” I reply, “Absolutely.” And everyone in the van took a photo.