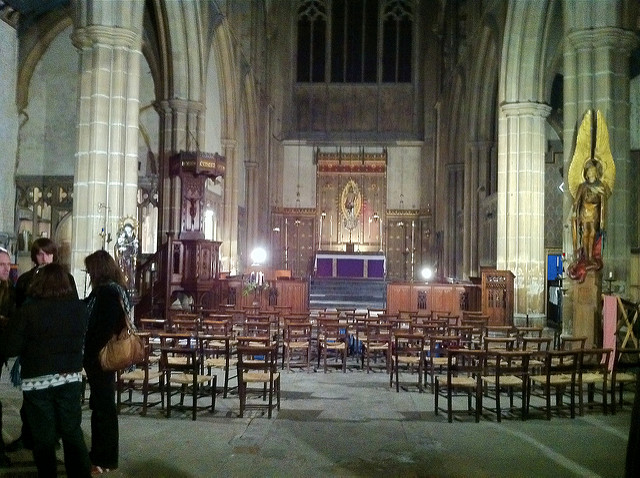 Speaking to The Telegraph, he said it wouldn’t be a place to get drunk but believes “Jesus turned water into wine for a reason”.

While he also isn’t worried about the property getting damaged, he said “The stained-glass windows are too high to get smashed, and we’re not talking about a moshpit. We’re not precious about the floor, St Michael’s is a glorious place but it is faded glory”.

He plans to install a bar, stage, light and sound system once he gets confirmation from the Camden Council whom he applied to back in January in the hope of receiving a license to serve alcohol.

Fr Plant hopes to host at least four events a week to crowds of up to 300.

He said it’s part of his plan to put the church on the cultural map, “We see it as outreach, not Bible-bashing, but welcoming people in”.

He’s previously complimented other performers who contributed to the Church.