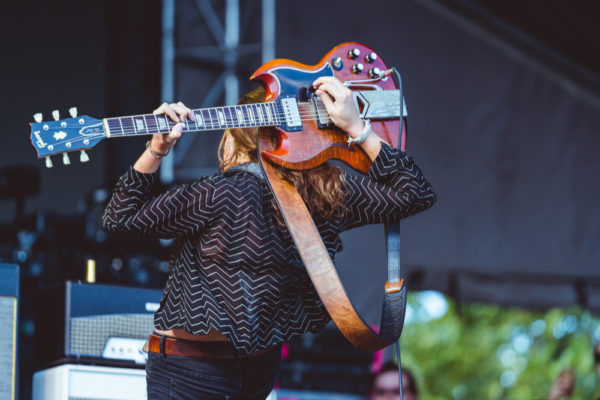 Jake Kiszka, the guitarist with Rockers Greta Van Fleet, explained why the group has tried to produce the sound of rock’s heyday. That was the golden years during the 1960s and 70s. Now, the guitarist maintains that rock’n’roll has been reduced to a novelty today

Kiszka, claims that rock is an “endangered species” but he has hopes that musicians from his generation can keep it alive and vibrant. However, that’s only if they approach it with credibility and integrity.

“That’s the thing that destroys a lot of good art now – chasing trends. There’s comfort in knowing that you’ll make that money. The record company will hire writers to make sure they see a return on their investment because – structurally, scientifically – the song will work. It’s catchy. It’s a mathematical fact that people will perceive it one way or another. That’s why it’s difficult in our world to cut through. When you are doing something truthful, it’s easy for someone to say, ‘That sounds like this band from the 60s and 70s. It’s the throwback sound.’

“In that response is the answer: That is because music meant something during that period – a lot more than it does now. It was done by the artist for the artist. It was music for the people. But rock’n’roll has become a novelty. It doesn’t have the essence of what it was – its greatness. People say it’s dead now, but it’s a minority. It’s an endangered species. It’s gonna take young guys like us in our generation to see that.”