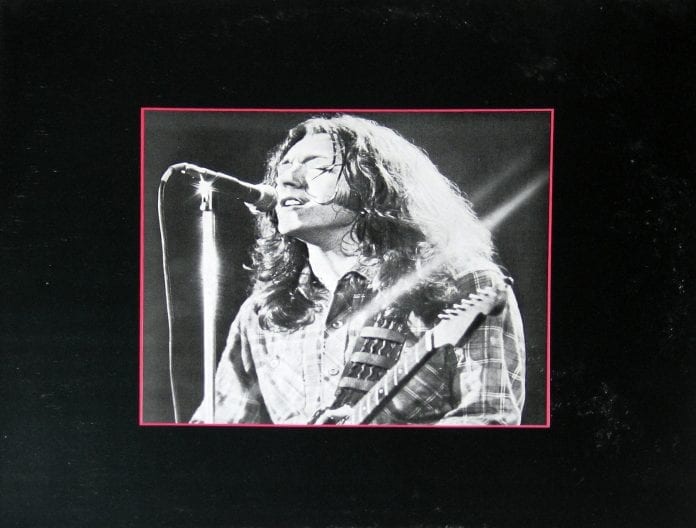 Before recording Blueprint, there was a change in line-up. Rod de’Ath replaced drummer, Wilgar Campbell in 1972. Following Campbell’s departure de’Ath became the permanent drummer. Gallagher wanted to embellish the band’s sound, he added keyboardist Lou Martin to the line-up. The four-piece line up brought Gallagher’s greatest successes, the four played together for five years.

The album opens with “Walking on Hot Coals”, which went on to become a classic. Daughter of the Everglade, a song influenced by a book that Gallagher was reading at the time, is much more melodic than others on the album; it showcases Martin’s contribution to the band. Gallagher’s love for blues prompted him to write Seventh Son of the Seventh Son. The album closes with Treat Her Right, a Roy Head cover.

According to Gallagher’s father, Donal Gallagher, the cover of the album features the circuit board of a custom designed Stramp “Power Baby” amplifier designed for Gallagher in Hamburg. “It was specifically built to be compact enough to fit into the luggage compartment of a VW ‘Beetle’,” (Gallagher’s favourite car).

“Daughter of the Everglades”