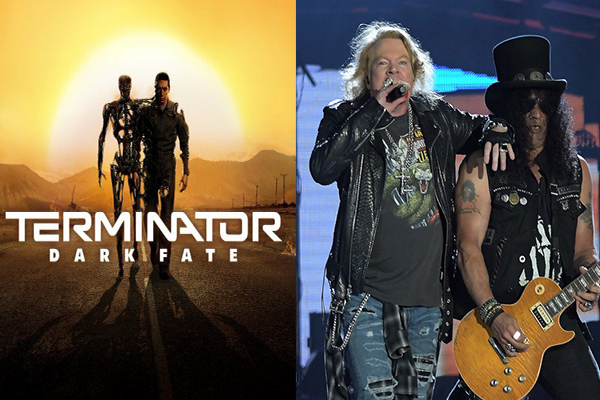 A rumour about Guns N’ Roses is doing the rounds after a mysterious post on a GNR message board.

The comment stated that an anonymous claim “verified” that the Roses had been asked to produce a song for the new Terminator film.

According to Antimusic, the rumours started with a poster going by the name of Auser111 on the forums at gnrevolution.com. This post was later shared on Facebook by the Australian fan Facebook group Guns Over Oz. Member, Auser111 quoted the first and only post on the forum:

“A source who was working on Terminator: Dark Fate has informed that 4 members of guns n roses went to a private viewing of a rough copy of the upcoming Arnold Schwarzenegger sequel movie to see if they want to put a song on the soundtrack,”

They added; “Apparently, Slash was at Axl’s house to record overdubs on a song for the rush release. At this point the song name is unknown. But yes 100 percent verified. Guns n roses new music.”

Guns N’ Roses have provided soundtracks before and their debut ‘Use Your Illusion II’ song “You Could Be Mine” will be remembered on the “Terminator 2: Judgment Day” soundtrack.

The details for the film’s official soundtrack have not yet been released but apparently Junkie XL will be involved. A wait and see scenario for Guns N’ Roses fans, will there be any truth to this anonymous rumour?

“Terminator: Dark Fate” is set to open on October 23rd, so we will discover soon.