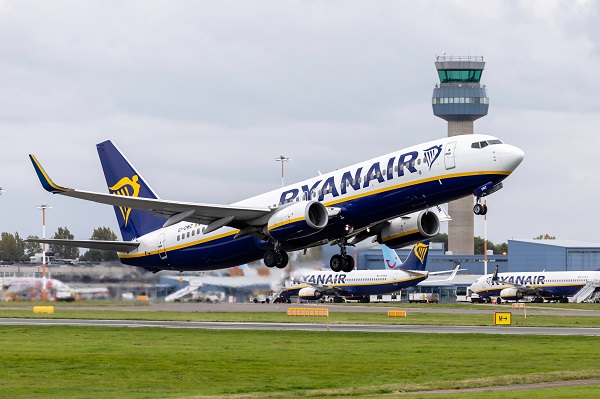 Two Ryanair TV commercials have been banned in the UK and Ireland for encouraging people to book summer holidays because “vaccines are coming”. The Advertising Standards Authority said the marketing breached “misleading” and “responsible” rules after watchdogs received 2,370 complaints for the advertisements.

The commercials received the third greatest number of complaints ever for Ryanair’s advertising of an image of a syringe and vaccine vial, accompanied by a voice-over saying: “COVID vaccines are coming. So, book your Easter and summer holidays today with Ryanair”.

Ryanair’s advertising campaign shows young people engaging in activities such as diving into a pool and being served at a restaurant, with no masks being worn or social distancing being observed.

According to a statement released by the Advertising Standards Authority, Ryanair’s marketing implied most customers would be vaccinated by the summer and ruled it had breached certain protocols. A spokesperson for the ASA said they considered that consumers “could easily be confused or uncertain about the situation” and how it might develop throughout 2021.

They believe it is important that Ryanair, and other companies, are “cautious” when linking their products to developments in a country’s response to the pandemic. They believe companies should be more careful in linking to specific timeframes around which life might return to some level of normality. This is in particular to linking their products to consumer confidence when making purchasing decisions.

Ryanair’s “specific references to Easter and summer holidays directly linked the rollout of the vaccine to the implication that many people who wished to go on holiday during those periods would be able to do so as a direct result of being vaccinated”.

The ASA considered that Ryanair’s “clear link made in the ads between the vaccine rollout and being able to holiday” by Easter or summer in 2021 provided reassurance to viewers. They feel the commercials could make consumers “feel confident about booking flights, because they would be vaccinated by the time of their holiday”.

Based on the information available at the time, the ASA feel it was “highly unlikely” that all Ryanair customers would be maximally protected in time to holiday in either summer or Easter 2021. They concluded that implying people would be vaccinated by Easter – and could travel for holidays without restrictions during those periods – was misleading.

Speaking on Ryanair’s commercials, the spokesperson said many of the complainants raised concerns about the ads, in particular to the slogan ‘Jab and go’. Viewers felt that this implies individuals would be able to obtain a vaccine ‘on demand’ in order to go on holiday. Others complained about the company’s belief that maximal protection could be achieved immediately after one dose of vaccine.

Ryanair Hits Back With Statement

The airline hit back at the decision to pull the advert, labelling it a “baseless ruling”. In a statement released today, Ryanair claimed that all airlines, tour operators, and travel agents should also be banned from advertising holidays for this Easter.

A Ryanair spokesperson said: “The ASA’s ruling flies in the face of the UK’s successful vaccine rollout, however even though this ruling is baseless, Ryanair will comply with it and the Jab & Go adverts will not run again.”

“Not only are vaccines coming but the UK Government have confirmed that all high-risk groups (over 70’s) and frontline healthcare workers will be vaccinated by mid-February, which gives UK customers more confidence to book for Easter and Summer, and if their travel plans change then no change fee applies,” the Ryanair spokesperson said.

The airline has made headlines before about its unreliability in terms of customer refunds and recently, the Irish Travel Agents Association (ITAA) have refuted a statement and comments made by Ryanair claiming that the airline has not dealt with travel agents for the past twenty years.

The ITAA are once again asking Ryanair for honesty and transparency with regards to refunds, to resolve ongoing issues for consumers and travel agents alike. Read more here.

Prosecution Outline ‘Overwhelming Evidence’ Against Boy ‘A’ In Ana Trial