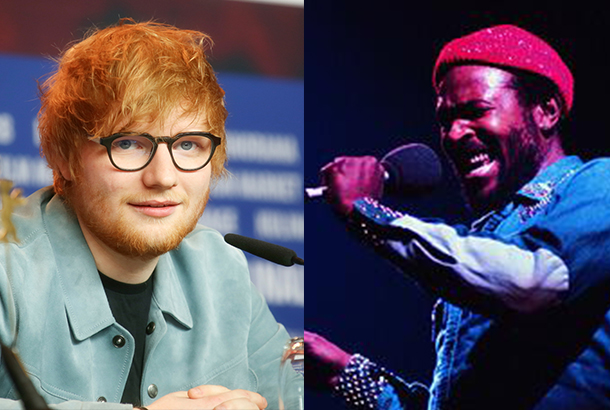 Ed Sheeran and Ed Townsend are still facing a legal battle despite the judge cancelling the jury trial which was scheduled to take place in September.

Townsend, Marvin Gaye’s co-writer is suing British born Sheeran over the pop stars 2014 hit version of “Thinking Out Loud” for what he claims is blatant plagiarism of his and Marvin Gaye’s 1973 song “Let’s Get It On”.

However, last Tuesday, Manhattan District Judge Louis Stanton postponed the trial to wait and see the result in a similar copyright case with Led Zeppelin’s “Stairway to Heaven,” This according to Spin, was reported by Rolling Stone and the BBC.

Judge Stanton put a halt to the case going before the jury trial using a legal clause know as Law360, he told both parties that they should “take the summer off,” and informed them that they will be summoned after the current legal Led Zeppelin case is decided.

This U.K rock band are in the midst of a legal battle with the Californian band Spirit, who have claimed  that “Stairway to Heaven” plagiarized aspects of their 1968 song “Taurus.”

The case is to be reheard in September after almost three years of verdict outcomes that have now brought the case in front of the U.S. Supreme Court.

Meanwhile, Sheeran’s attempt in January to have the lawsuit dismissed was denied. The judge initially wrote that there exists “substantial similarities between several of the two works’ musical elements,” and that jurors “may be impressed by footage of a Sheeran performance which shows him seamlessly transitioning between both songs.”

In 2015 a similar case arose when a court ruling was awarded to Gaye’s estate over the Robin Thicke and Pharrell Williams song “Blurred Lines,” which bears resemblance to Gaye’s 1977 song “Got to Give It Up.”