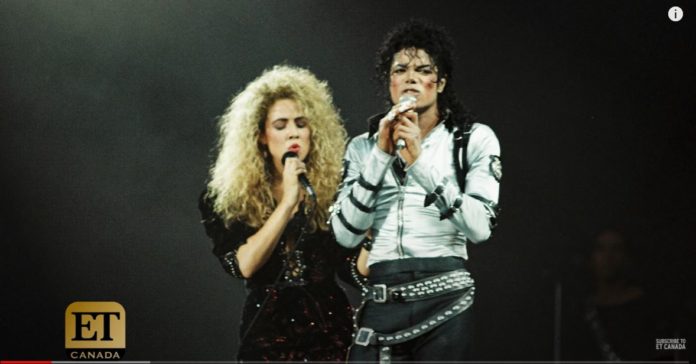 Sheryl Crow claims that she was sexually harassed by Michael Jackson’s manager Frank DiLeo when she was backing singer to the icon.

Crow was backing singer to Jackson during his Bad Tour during the 1980s for 18 months. The singer also featured in the music video for Jackson’s track“Dirty Diana”.

In a new interview, Crow claimed that DiLeo made sexual advances towards her. She also claimed that he threatend to destroy her career if she did not comply.

During this interview, Crow also talked about the “crash course in the music industry” she received before making it as a solo artist.

“It’s really interesting to go back and revisit some of this old stuff and the experiences that went along with it, and then to compare it with where we are now”, Crow told the Independent.

“To be able to play that stuff about the long bout of sexual harassment I endured during the Michael Jackson tour and to talk about it in the midst of the #MeToo movement”, She added. “It feels like we’ve come a long way, but it doesn’t feel like we’re quite there yet”.

In her 2020 autobiography Words + Music, Sheryl Crow had previously written that DiLeo had planted tabloid stories about her. She claimed that the manager did this “to make Mike look like he was interested in women”, by claiming that Jackson had fallen in love with her and had offered millions to start a family.

“Naiveté is such a beautiful thing”, Crow added. “It was incredible in every way, shape and form for a young person from a really small town to see the world and to work with arguably the greatest pop star. But I also got a crash course in the music industry”.

Crow also added that her autobiography, “was the first time I’ve ever talked about it and it felt really uncomfortable, but it felt, to me, so much more empowering to be able to talk about it and then play the music that was inspired by it”.

“Isn’t that what music is really for? To help us work through whatever our experiences are, and hopefully for the collective to find their own situations in your music too?”.

Back in 2019, Sheryl Crow said she saw some “really strange things” whilst working as backing singer to Michael Jackson.

While she did not entertain the resurfaced allegations made against Michael Jackson of sexual abuse following the documentary Leaving Neverland, Crow did admit to have “lots of questions” of the singer’s behaviour.

“I haven’t seen the documentary and I don’t want to see it. I was around for some things that I thought were really strange and I had a lot of questions about”, she said in 2019.

Along with her autobiography, DiLeo also gets a mention in Sheryl Crow’s “Na Na” song. Check that out here.