Home Music What Do You Make Of Matt Nathanson’s Acoustic Tribute To Def Leppard? 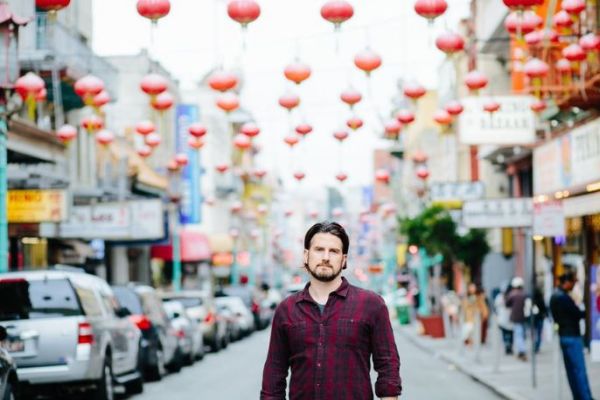 Matt Nathanson is a singer-songwriter best known for sensitive heartfelt songs in his back catalogue, but the man is also a rocker at heart. He’s released a six song EP of acoustic Def Leppard covers. Check out his cover of ‘Pour some sugar on me‘ below…

Having just completed his new album, which is due to drop later this year, he found himself dying to to get back into the studio. He wanted to explore with his bandmate Aaron Tap ‘the greatness of other people’s songs.’ Drawing inspiration from one of their favorite bands, they created a six song Def Leppard  EP called Pyromattia, which has just been released.

The musical project also includes their bandmates Shiben Bhattacharya on bass and keyboards and Chris Lovejoy on percussion. Nathanson is no stranger to the heavier side of things expressing a fondness for harder music from Dangerous Toys to Judas Priest. In recent times he and his band have actually performed classic ’80s tunes in concert, including an  AC/DC’s ‘You Shook Me All Night Long‘ and Poison’s ‘Talk Dirty to Me’ and ‘Every Rose Has Its Thorn’.

Speaking about his love for rock, Nathanson told Billboard: “It’s fun to meet people who don’t necessarily play metal music who love metal,” says Nathanson. “I was on That Metal Show, and it was fun to talk metal because people don’t expect me to love metal. I also love Indigo Girls and Melissa Etheridge and Tracy Chapman, but metal was one of the fundamental building blocks of who I am. That was what was fun about being able to marry all of it together for this EP and just spend time celebrating the greatness of a band that does not get celebrated for their greatness very often.”

the E.P. is called “Pyromattia” (get it?!) & it is out RIGHT NOW! so take it for a spin. live with it. love it. it’s my crazy-ass metal super nerd fan gift to you. ps- it sounds REALLY great on headphones. (and you’ll feel invincible with them on… ha!) https://t.co/SMnkVcVAZl pic.twitter.com/14ZFwQL3BL