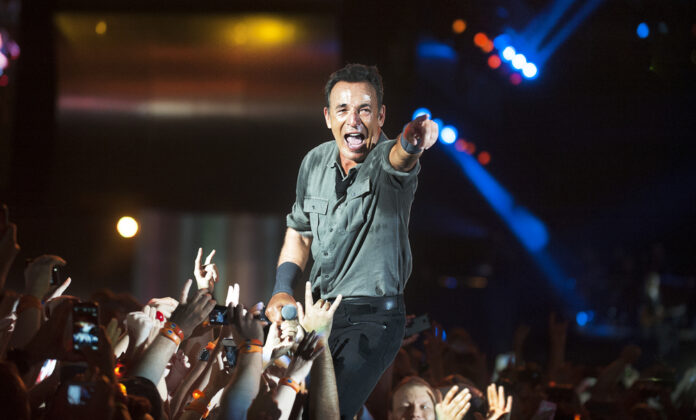 It has now been confirmed that people who have received the Astra-Zeneca vaccine can now attend “Springsteen On Broadway”.

This is a complete U-Turn from last week, when St James Theater said that people will only be allowed attend these shows if they have received a vaccine approved by the FDA. They said that this was “at the direction of the New York state”.

These vaccines were: Pfizer, Johnson & Johnson and Moderna only.

This was bad news for Springsteen’s Canadian fans, where 1.7 million of the country’s population have received the AstraZeneca jab.

It had been announced earlier this month that “Springsteen On Broadway” would return this Summer, with tickets available on June 26.

However, since that announcment regarding AstraZenea, the owners of St James Theater, Jujamcyn Theaters have released this statement.

“Following amended New York State guidelines,” they said. “It would now welcome fans who are fully vaccinated with either an FDA or WHO authorised vaccine. The AstraZeneca vaccine has been approved by the World Health Organization”.

Guests will need to be fully vaccinated with an FDA or WHO approved vaccine in order to attend Springsteen On Broadway and must show proof of vaccination at their time of entry into the theatre with their valid ticket. “Fully vaccinated” means the performance date you are attending must be:

The policy also states that the only exemption from these rules will be for children under the age of 16 or those that require accomodations due to a disability or sincerely held religious beliefs.

“Happy ending for the fans”

Springsteen’s longtime guitarist Steven Van Zandt had this to say regarding this update.

“Many of you have asked. Here’s the answer”, he tweeted. “There were many complications to overcome. Regulations- national, state, city, theater, etc-changing constantly. Happy ending for the fans”.

Many of you have asked. Here’s the answer. There were many complications to overcome. Regulations- national, state, city, theater, etc-changing constantly. Happy ending for the fans. https://t.co/1PrhtXeb7d

Springsteen recently confirmed a collaboration with the Killers. Check that out here and Nova’s report here.