Home Music News Springsteen Puts His Music Where His Mouth Is 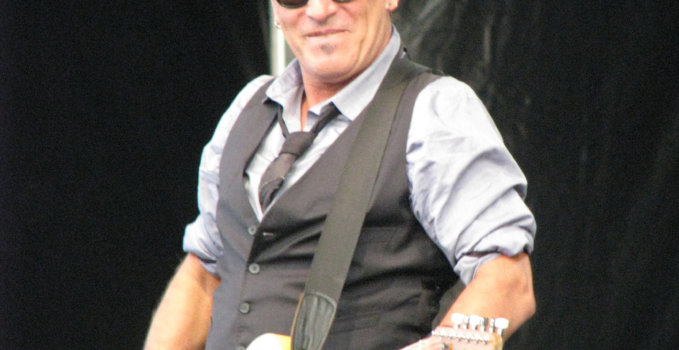 He may have been ‘Born in the USA’ but the Boss has been very vocal about his long-standing antagonism with the US president Donald Trump.

Springsteen has now teamed up with Houserockers front man Joe Grushecky for a new anti-Trump protest song, titled ‘That’s What Makes Us Great’.

According to the Pittsburgh Post-Gazette, Grushecky already had the song before Springsteen and he began talking about a collaboration. “I sent it to him and he liked it. I said, ‘What do you think about singing on it?’ He gave it the Bruce treatment,” Grushecky explained.

Grushecky shared that Trump lost his vote “the moment he started making fun of special needs people. How could a person like that be president of the United States?”

Springsteen has recently completed his tour of Australia and New Zealand with his E Street band where he opened a Melbourne concert declaring, “We stand before you embarrassed Americans. This is a song from 1965 by The Orlons and we’re going to use it to send a letter back home”. The Boss then sang an acoustic version of Don’t Hang Up The Phone in response to Trump’s now infamous phone call with Australian Prime Minister Malcolm Turnbull, as reported in The New York Times.

Springsteen also famously spoke out against President Trump before the election in Rolling Stone magazine and has described Trump’s travel ban as “fundamentally un-American”.

SLANE 2019: Everything You Need To Know!