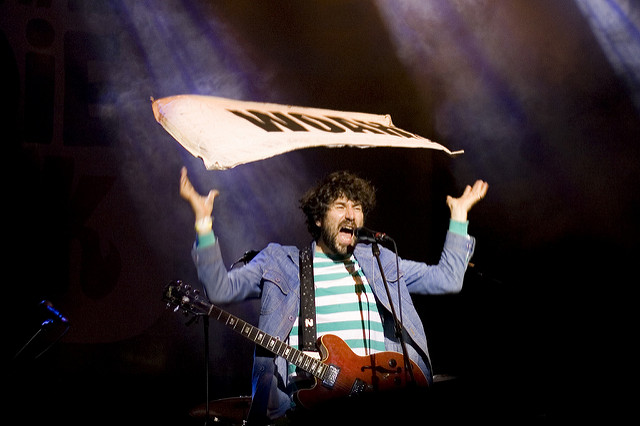 Super Furry Animals are to play both of their earliest albums in full, back to back, when they come to Ireland in December.

The Welsh band will play their landmark albums Fuzzy Logic (1996) and Radiator (1997) when they take to the Olympia Theatre this December. This follows news that the band will also reissue a remastered version of Fuzzy Logic in multi formats alongside a bonus disc, Lost On The Bypass Road, which will delve into the bands archive.

They are also to release a greatest hits collection on the same day titled, “ZOOM! The Best of Super Furry Animals, 1995 – 2016”. In a statement the band said, “We were a young family and found ourselves parents to two, boisterous albums, suddenly born between 1996 and 1997. It was our doing; we took full responsibility and endured the sleepless nights. The time goes so fast and they are all grown up now, old enough to be taken on the road again and let them stay up late. Before that excitement begins, we find ourselves rediscovering the thrilling alchemy found in the Fuzzy Logic vault and delve yet deeper to decide what makes the final ‘ZOOM’ collection”. Full tracklists are yet to be announced for both albums.

The band will play the Olympia Theatre on December 1st – Tickets go on sale this Friday from 9am.

Scotsman recently reviewed the bands gig at Kelvingrove Bandstand Glasgow, “The show played out like a mixtape, with the early stages built on a mellow, pastoral kind of groove which included the lazy pop of Hello Sunshine, the tender Hometown Unicorn and the slow-burn folk-rock of Zoom”.

Full tour dates can be found below :