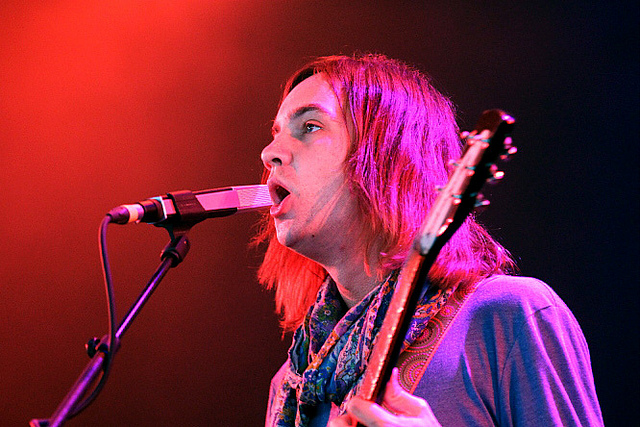 Tame Impala’s new album is said to be more “groove-based” and “club friendly” than their previous two efforts. They will release their third album Currents on July 17th via Fiction.

In a recent interview, frontman Kevin Parker said that he was “more open minded” when recording the new album. Parker describe the sound of the new album, saying “I thought Lonerism was pop with a psychedelic pinch to it. I guess I have the same sentiment with this album”.

Parker also revealed how he uses pop elements in his music “pop is a flavour that you can bring in and out of a song, it’s like an ingredient. If you’re a chef, you sprinkle in a bit. In the last few years, being in the music game, it makes you realise those ‘rules’ are boundaries”.

Parker described working with new instruments on the album and citied a particular popstar as an inspiration “This time I felt that might be restricting my arsenal. I bought one of those giant workstation synthesisers, you know, like a Justin Timberlake-type artist, just to see what would happen. I thought, f**k it.”