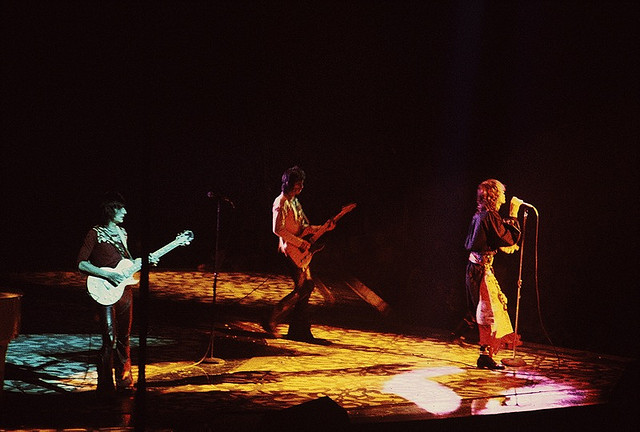 The Rolling Stones are set to release a previously unaired US television performance from 1971. The performance was said to have been recorded only weeks before they released their iconic album Sticky Fingers.

The band performed that night at London ‘s Marquee club, playing a total of eight songs. They will release Rolling Stones From The Vault: The Marquee Live in 1971 on DVD on June 22nd, which is just after their re-release of the deluxe edition of Sticky Fingers.

Eagle Rock Entertainment will be the ones releasing  the DVD and in a statement about the release they said  “It was an intimate, rare club appearance and very little footage has been released – until now. It’s a must-own DVD for any Stones fan, featuring carefully restored footage and sound mixed to perfection by Bob Clearmountain, including 5.1 surround sound on the DVD and SD Blu-ray formats”.

The performance includes fan favorite’s ‘(I Can’t Get No) Satisfaction’ and ‘Brown Sugar’, with some bonus tracks of rare performances, also being included on the DVD. The Rolling Stones are currently on their North American tour, with their next show being tomorrow night in Pittsburgh.

The Killers Say Their Xmas Single Tradition Came From U2