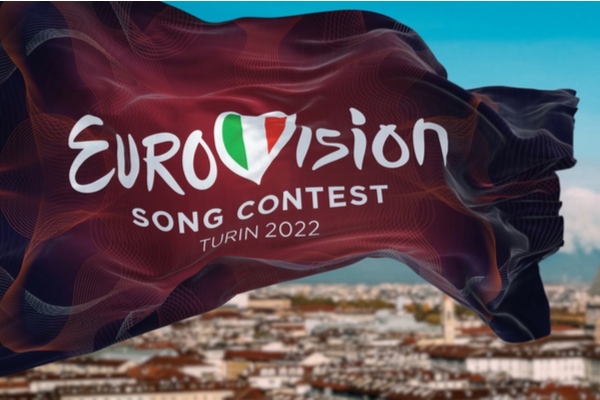 Scullion will be the 10th of 18 acts to perform at tonight’s semi final in Turin. Scullion will perform her entry track ‘That’s Rich’.

“They like her, there’s no question about that because she’s a real good personality”, she said. “Whether we win or not I don’t know, but I do hope she gets out of the semi-final”.

She added, “The Eurovision is a lottery, you just don’t know what’s going to happen. You put your best foot forward and you hope for the best. I just hope she does really well”.

“Hello Brooke”, he said. “I just wanted to wish you the very best as you fly the flag for Ireland at Eurovision this week”.

“Derry Girls is a huge success everywhere at the moment so I’ve no doubt you will be too when you perform That’s Rich in Turin”, he added.

“It’s already such a great achievement to be representing your country on the biggest stage so please enjoy every moment – and know that all Eurovision fans at home are right behind you”.

Other names who have wished Brooke Scullion well, also include former Boyzone singer Ronan Keating, who said that he will be “watching and waiting” for her.

“You are an absolute legend and to stand up on that stage to wear the Irish colours is a powerful thing”, Keating said.

US singer Meghan Trainor was Brooke’s mentor when she came third at UK show The Voice in 2020. “I love you, I miss you,” she said. “Good luck at Eurovision, you’re going to slay”.

She added, “That’s Rich is a smash. Have so much fun and remember how talented and amazing you are”.

Spotify Creates “Vaccine Songs” Playlist Getting You “Jazzed For The Jab”