Rubber Soul is the sixth studio album by English rock group the Beatles, released in 3 December 1965. Produced by George Martin, it was recorded in just over four weeks to make the Christmas market. Unlike the five albums that preceded it, this album was recorded during a specific period, the sessions not dashed off in between either tour dates or during filming projects. After this, every Beatles album would be made without the need to pay attention to other commitments, except for the production of short promotional films.

Rubber Soul is a folk rock album, and also incorporates pop and soul music styles. The album was described as a major artistic achievement, attaining widespread critical and commercial success, with reviewers taking note of the Beatles’ developing musical vision. Rubber Soul was successful commercially and critically, and is often cited as one of the greatest albums in music history. In 2012, Rubber Soul was ranked #5 on Rolling Stone magazine’s list of the “500 Greatest Albums of All Time”.

Virtually all of the songs for this album were composed immediately after the band’s return to London following their North American tour. The Beatles broadened their sound on this album, with influences drawn from soul music and the contemporary folk-rock of Bob Dylan and The Byrds. The album also saw the Beatles expanding rock and roll’s instrumental resources, most notably on “Norwegian Wood (This Bird Has Flown)” through George Harrison’s use of the Indian sitar. He had been introduced to it via the instrumental score for their 1965 film Help!. Although The Kinks had incorporated droning guitars to mimic the sitar after a visit to India on “See My Friends”, “Norwegian Wood” is generally credited as sparking off a musical craze for the sound of the novel instrument in the mid-1960s—a trend which would later branch out into the raga rock and Indian rock genres. The song is now acknowledged as one of the cornerstones of what is now usually called “world music” and it was a major landmark in the trend towards incorporating non-Western musical influences into Western popular music. Harrison’s interest was fueled by fellow Indian music fan David Crosby of the Byrds, whom Harrison met and befriended in August 1965. Harrison would eventually be transfixed by all things Indian, taking sitar lessons from renowned Indian sitar player Ravi Shankar.

Recording commenced on 18 October with final production and mix down taking place on 15 November. The song “Wait” was dusted off after initially being recorded for but rejected from Help!. “We Can Work It Out” and “Day Tripper” were recorded during these sessions, but the band chose to leave them off the album, releasing them instead as their first double A-sided single.

To achieve the mimicry of a harpsichord by the piano on “In My Life”, George Martin played the piano with the tape running at half-speed. When played back at normal speed during the mixdown, the sped-up sound gave the illusion of a harpsichord. Processing used included heavily compressed and equalised piano sound on “The Word,” an effect soon extremely popular in the genre of psychedelic music.

Until very late in their career, the “primary” version of The Beatles’ albums was always the monophonic mix. According to Beatles historian Mark Lewisohn, Martin and the Abbey Road engineers devoted most of their time and attention to the mono mixdowns, and the band were not usually present for the stereo mixing sessions. Even with their landmark Sgt. Pepper’s Lonely Hearts Club Band LP, the stereo mixdowns were considered less important than the mono version and were completed in far less time.

While the stereo version of the original release of Rubber Soul was similar to that of their earliest albums, featuring mainly vocals on the right channel and instruments on the left, it was not produced in the same manner. The early albums were recorded on twin-track tape, and they were intended only for production of monaural records, so they kept vocals and instruments separated allowing the two parts to later be mixed in proper proportion. By this time, however, the Beatles were recording on four-track tape, which allowed a stereo master to be produced with vocals in the centre and instruments on both sides, as evidenced in their prior albums Beatles for Sale and Help!. Looking for a way to easily produce a stereo album which sounded good on a monaural record player, Martin mixed down the four-track master tape to stereo with vocals on the right, instruments on the left, and nothing in the middle, even though in “What Goes On”, Starr’s vocal is mixed on the left instead of the right, with Lennon and McCartney’s harmony vocals on the right, while on “Think for Yourself” Harrison’s double-tracked lead vocal is split between the two channels.

Rubber Soul was commercially successful, beginning a 42-week run in the British charts on 11 December 1965. On Christmas Day it replaced Help!, the Beatles’ previous album, at the top of the charts, a position Rubber Soul held for eight weeks. On 9 May 1987, Rubber Soul returned to the album charts for three weeks, and ten years later made another comeback to the charts.

Critical response to the album was also positive. In a 1967 article for Esquire, Robert Christgau called it “an album that for innovation, tightness, and lyrical intelligence was about twice as good as anything they or anyone else (except maybe the Stones) had done previously.” He later cited it as “when the Beatles began to go arty”.Rolling Stone magazine commented “they achieved a new musical sophistication and a greater thematic depth without sacrificing a whit of pop appeal.” Pitchfork Media described the album as “the most important artistic leap in the Beatles’ career—the signpost that signaled a shift away from Beatlemania and the heavy demands of teen pop, toward more introspective, adult subject matter”. Since 2001, the album has been included in several media-sponsored “best” album lists.

The US version of the album greatly influenced the Beach Boys. Brian Wilson believed it was the first time in pop music that the focus had shifted from just making popular singles to making an actual album, without the usual filler tracks. He “answered” the album by releasing Pet Sounds in 1966.

“What Goes On” was the first song which has a Richard Starkey writing credit, as co-composer beside Lennon and McCartney. Lennon later said this was the first album on which the Beatles were in complete creative control during recording, with enough studio time to develop and refine new sound ideas. Exhausted from five years of virtually non-stop touring, recording, and film work, the group subsequently took a three-month break during the first part of 1966 and used this free time exploring new directions that would colour their subsequent musical work. These became immediately apparent in the next (UK) album, Revolver.

All songs written and composed by John Lennon and Paul McCartney except where noted. 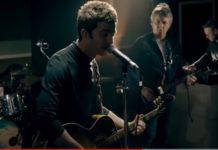 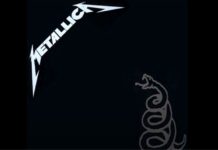 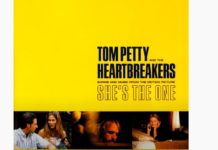