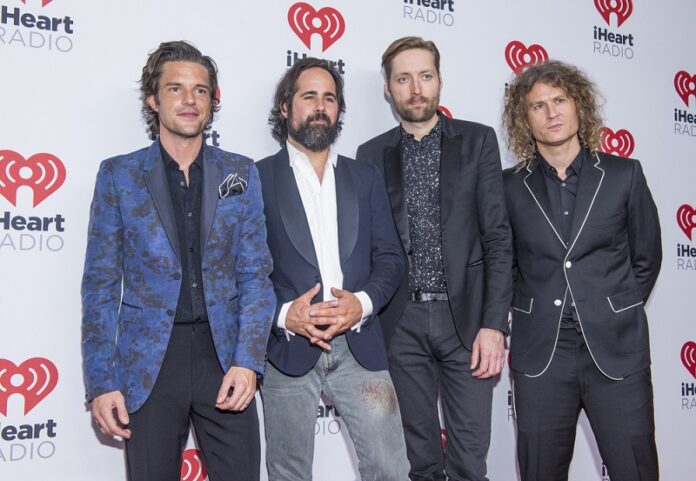 The Killers have set a new UK Singles Chart record, after their hit “Mr Brightside” surpassed 5 full years in the top 100. That’s 260 weeks!!

The track was originally released in 2003 and re-released a year later to promote their debut album “Hot Fuss”. The track has become one of the band’s best known songs.

The Offical Charts Company have now confirmed that “Mr Brightside” has now spent 260 non-consecutive weeks in the top 100 since it was re-released in 2004. Check out the Official Charts’ tweet below.

Having intially lasted four weeks in the top 100 in 2004, the track has re-entered the chart on several occasions since then.

To use a line from the track, this song is clearly doing better than “just fine”. “Mr Brightside” has been streamed 1.2 million times per week on average. It is also estimated to have sold around 3.52 million copies since its re-release in 2004.

The song has also been streamed over 281 million times in the UK. It is the most-streamed track that was released before 2010.

In the last year alone, the track has been streamed 65.2 million times in the UK. Roughly works out at 1.2 million per week.

The tracks’ total UK chart sales stands at 3.52 million. It’s ranked at number 78 in the most recent singles chart.

Doing better than “just fine”? I think so! Check out how the track sounded in the early stages here.  Here is the official video here.

Earlier this month, we also brought you the news that the Killers have pushed their tour dates for Ireland back to the Summer 2022 due to the pandemic. This tour was originally planned for 2020, promoting their sixth studio album “Imploding the Mirage”.

The band released a statement, “UK and Ireland friends  – we’re sorry, but there’s no way around this. These will be the same great shows, but we have to move them to next year. All tickets will be honoured, so we really hope you can still join us!”.

You can see that report right here.

War Of Words Between D’arcy Wretzky And Smashing Pumpkins Wages On!