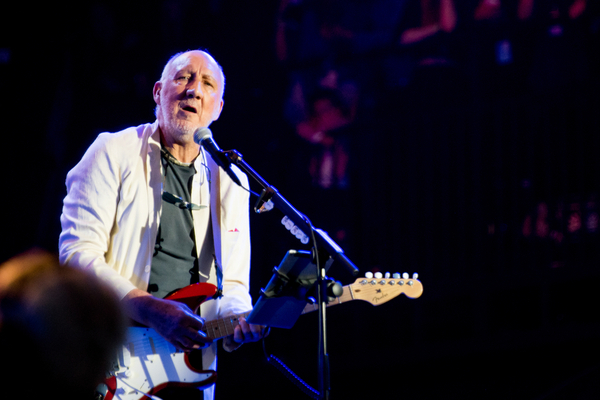 Pete Townshend has left his home in Richmond, leaving behind his home studio after it was sold back in August.

Once owned by the Rolling Stones’ Ronnie Wood, the 18th century Grade 1 listed Georgian House sold for £15 million back in August.

The man who co-founded The Who has taken the console with him, one that he used for many of his recordings with the band.

This BCM10 console was also used to mix the “Live At Leeds”, the piano part of “Love Reign O’er Me” and others.

Taking to Instagram to talk about the move, Townshend had this to say.

“Moving house is never fun”, he wrote. “But with it went the home studio (which I helped build for Ronnie Wood when he lived int he house before my in 1973) where I have produced a lot of my songs and quite a bit of commercial music”.

Townshend also reffered to the cosole that he is taking with him.

“I did all the synthesizer backing tracks for Quadrophenia, the music for Ken Russell’s Tommy movie, and ‘Baba O’Riley,’ ‘Won’t Get Fooled Again”, he added.

He also wrote, “This console has so much mojo for me. I truly love it. I’ve rarely managed to get a bad sound out of it”.

Townshend has also confirmed that his new residence lies in the countryside.

Townshend had also previously said that he was “reluctant” to make new music with The Who.

He added, “A lot of artists now are writing songs at home, recording them at home and putting them out within weeks”.

“So I don’t know, but I am optimistic. And I’m certainly full of ideas”.

Recently it was also confirmed that Townshend and bandmate Roger Daltrey had launched a podcast show The Real Me.

This show explores young musicians who have battled cancer and have found a sense of comfort and solace through music.

Find out more on that here.

The Who also released a teaser clip of further 50th anniversary celebrations of the release of their album Who’s Next. Check out that clip here.