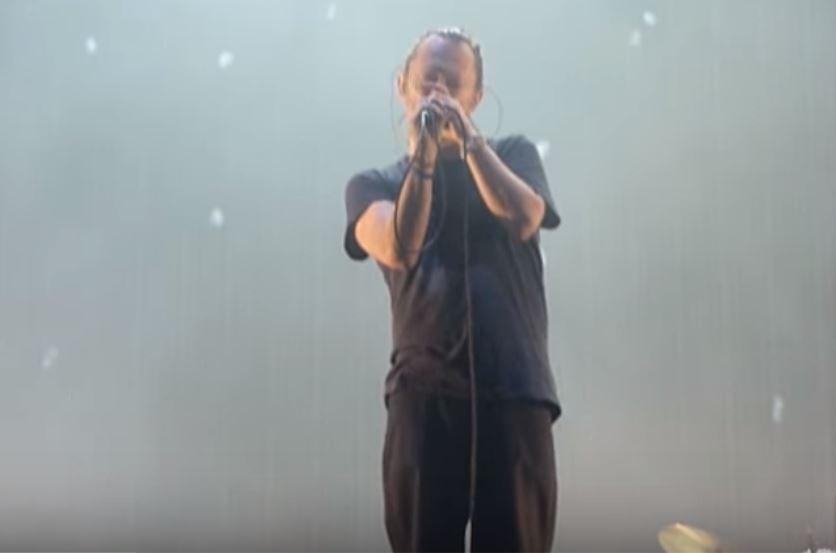 If you’ve ever been at a gig where everything goes on hold as some sort of technical issue needs to be resolved, it can prove a little awkward! Not for Radiohead front man Thom Yorke. You can see the singer appease the crowd in the video below.

On April 14th during the band’s set in Argentina for the Soundhearts Festival there was a problem with a crowd barrier and everything ground to a halt. It had been a nine year wait for the keen crowd and a clear sense of disappointment when the party was halted. Undeterred by the silence as crew worked away, Yorke treated the crowd to an acapella version of the track ‘The Gloaming’ taken from Hail to the Thief.

In the fan footage you can see Yorke’s decision quickly calmed the crowd, arguably if they had launched into a version of their hit ‘Creep’ they probably would have gone ballistic. For Yorke, it was a good choice to keep things maudlin as a means of crowd control.

Meanwhile, our Thom has been  busy collaborating with composer Tarik Barri on an immersive art installation called ‘City Rats.’ The work will be presented at ISM Hexadrone, an audiovisual exhibition in Berlin. The piece will feature alongside works by Brian Eno, Holly Herndon, and other artists. The Radiohead frontman has  shared a snippet of the atmospheric composition with accompanying visuals.

In a statement, the intent of the piece was outlined, ‘all sounds are visible as objects in 3D space, and the camera’s position determines what we hear and where we hear it. Therefore our path through space determines the harmonies, voices, melodies and rhythms we hear.’