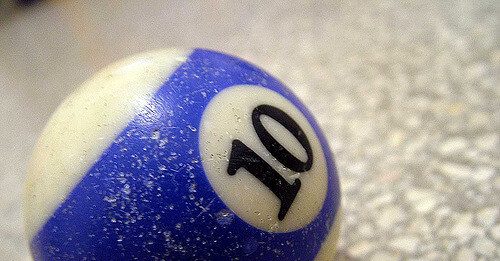 It’s always an exciting moment for Ireland as a nation whenever we see one of our own up on the Grammy stage, but seeing bray native Hozier perform with legend Annie Lennox was something else indeed. The pair performed Hozier’s hit “ Take me to church” and then gave an amazing version of “ I put a spell on you”. Watch here.

Green Day cemented their return to Rock with a rousing of performance of “American Idiot”. After having spent the previous few years flying a little under the radar, Green Day had come back with a bang with their new album of the same name. That album would go on to be a symbol of dissatisfaction under Bush’s tenure as president of the US. They also would go on to win Best Rock Album that night. Watch here.

Metallica are set to perform with Lady Gaga at this year’s Grammys, but this isn’t the first time the band has performed with other surprising acts. Metallica gave a memorable performance of their song “One” along with pianist Lang Lang in 2014. Watch here.

7) Paul McCartney, Jay Z, Linken Park “Numb/Encore/Yesterday” (2006)
A year after the release of Collision Course, the collaboration album between Jay Z and Linken Park. They teamed up with Paul McCartney to perform the mash up of mash ups.  They mixed their hit mash up of Numb/Encore with the Beatles classic “Yesterday” It made for a captivating performance as well as giving one of the greatest cross genre music moments of all time. Watch here.

The USC Marching band had previously made a mark in Rock history with their work with Fleetwood Mac on the song “ Tusk” but they did it again when they teamed up with  Radiohead to give an incredible performance of song “ 15 step”. Watch here.

Long before “Seven Nation Army” became synonymous with being the only tune drunk newbie bassists could play at a party, it was also the one the most recognisable and catchy songs by Noughties alternative music favourites The White Stripes. The duo mashed their classic up with Son House’s “Death Letter” giving the Grammys stage one of its most strangely satisfying performances. Watch here.

After Mary J Blige had recorded a pretty great cover of U2’s hit song “One”. They decided to join forces and give one of the most memorable performances in Grammy History. 2006 may have been the year of the mash ups at the Grammys but U2 and Blige gave a performance that was in perfect unison. Watch here.

The Grammys is not usually the place where you always expect to see medley of just rock stars all grace the stage together to give one of the most breath taking versions of “ London Calling” but that is exactly what happened in 2003. To honour the recent death of the Clash lead singer Joe Strummer, rock superstars (and yer man from No Doubt) joined together to remember him in the best way possible. Watch here.

Bob Dylan is a legend. Simple as. But Bob Dylan is particularly a legend when he’s giving one of the most memorable guitar solos in history while there is a half naked man with the words ‘Soy Bomb’ blazoned across his chest and Dylan doesn’t hesitate for a second. While his amazing performance deserves to be mentioned without the gatecrasher, it’s the unfazed cool demeanour of Dylan that makes him stand out so much. Watch here.

After the death of his son the previous year, Eric Clapton  graced the Grammys stage with one of the most heartbreaking songs ever written. “Tears in Heaven” was written for the soundtrack for the movie Rush. He won six Grammys that year, including three for his “Tears in Heaven”. The song and this performance continues to be one of the emotionally driven and powerful performances on both the Grammy stage and beyond. Watch here.