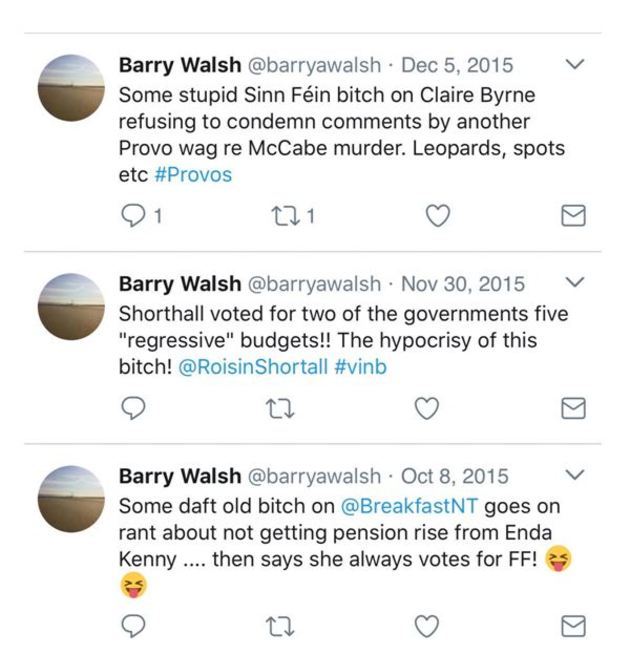 The letter from Mr. Walsh to the chairman read: “I am writing to tender my resignation from the Fine Gael Executive Council, effective today.”

“I am doing so out of respect for the membership of the Fine Gael party, and for the Taoiseach in particular, in order to prevent any further distraction in relation to this issue.”

“I also do so in the hope that it may bring an end to the ‘trial by media’ which has occurred in the last 48 hours and placed intolerable pressure on my family and friends.”

Mr. Walsh revealed that he regretted the ‘tone and language’ which he used in some of his tweets, realising some remarks may have caused serious offence to many, apologising ‘unreservedly’ for this.

The statement added: “As you know, I first got involved in politics because I have passionate views on many issues and have always enjoyed robust political debate, however I accept that with many of these tweets I took the political jousting a step too far.”

“I am resigning without prejudice to any disciplinary investigation which may be undertaken by the party in relation to this matter.”

Mr. Walsh concluded that he would not be commenting further on the matter until the process has concluded.

Tributes Paid To Camogie Player Who Died In Accident During Match