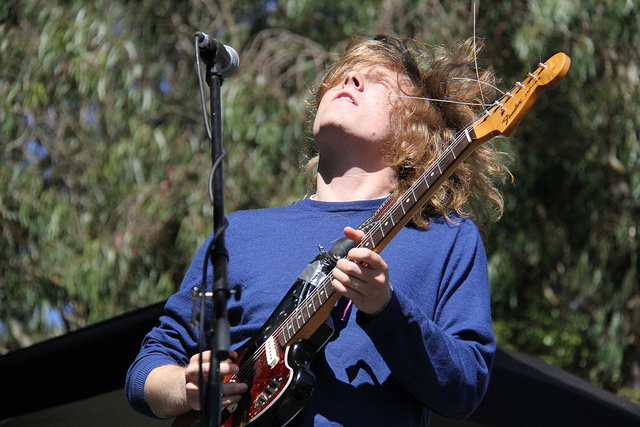 Seventies revivalist Ty Segall has put out a new live record titled Live In San Francisco with his band.

Ty’s musical style draws from Bowie, Black Sabbath, The Stooges and The Beatles. His last studio record titled Manipilator, has been compared to David Bowie’s Diamond Dogs, the New York Dolls’ Too Much Too Soon and Neil Young’s On The Beach.

Watch Ty Segall’s phenomenal performance of ‘Feel’ on Conan below.

The singer-guitarist has always had a steady release of records since his debut album Ty Segall in 2008.

Watch him rock out with ghosts in his last video for the single ‘The Singer’.

The Bay Area rocker is also a member of a number of other groups, including Fuzz, The Traditional Fools, Epsilons, Party Fowl, Sic Alps, The Perverts, as well the Ty Segall Band.

U2 & Saoirse Ronan Will Appear On Saturday Night Live!