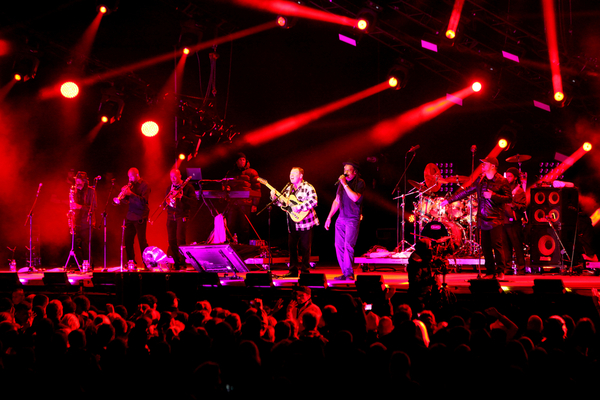 UB40 sticksman, Jimmy Brown has alleged MI5 bugged the band’s phones and monitored their every move, in fear of revolt. The 63-year-old percussionist told The Guardian the security service was keeping a close eye on them during a period in the ‘80s, in belief they were plotting a revolution.

Jimmy, who is known to be outspoken about social and political matters, told the newspaper, “MI5 were tapping our phones, watching our houses. All sorts. We thought, ‘Haven’t they got criminals to catch?’ We were just a bunch of potheads, smoking weed and playing music, talking about solving the world’s problems. We weren’t planning the revolution, but if the revolution happened, we knew what side we were going to be on.”

Brown’s claims are backed up by those of MI5 whistle-blower, David Shayler, who released secret information to the press in 1997. Shayler claimed that the British intelligence squad had been spying on UB40 for “years and years”. He said the band had been monitored, amid fears they were communists, plotting to overthrow the British government. Shayler was prosecuted under the Official Secrets Act 1989 for passing secret documents to The Mail on Sunday that alleged MI5 was paranoid about socialists.

According to The Daily Mail, UB40 singer Ali Campbell previously said that the band intended to sue the service to secure the recordings of alleged phone tapping. Eventually deciding against taking action, the band thought it was best not to end up “with poisoned umbrellas sticking out of our a***holes”.

Meanwhile, the 62-year-old singer insisted the band were a voice for a generation who suffered during late former British Prime Minister Margaret Thatcher’s time at 10 Downing Street. Forming in 1978, members of UB40 went from being unemployed to selling 70 million records around the world.

He said: “We were eight people who had been unemployed since school, trying to wade through Thatcher’s quagmire of s*** and then sing about it. We were politicised, were disenfranchised, and we had a lot to say.”

In an attempt to revive some of the old renegade spirit, Ali Campbell and Astro will perform a live stream next month. The pair will perform their debut album, Signing Off next month in full in an online concert, available to view from June 16th. Sadly, the complete original line up will not be taking part as they split from the Campbells and the others in 2008. UB40 release their new album, Bigga Baggariddim on June 25th, with a tour of the UK in November and December.