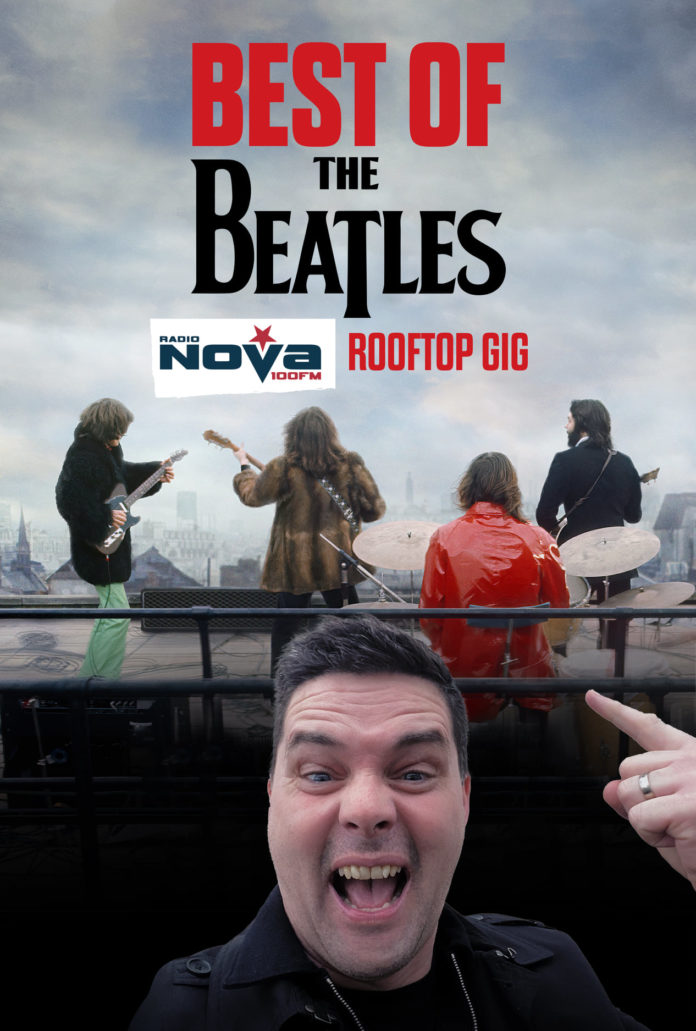 The Beatles’ unforgettable final concert on the rooftop of Apple Corps’ Savile Row headquarters on January 30, 1969, is released in cinemas across the country from Friday 18th February.

To celebrate this massive movie event Marty Miller will host the rooftop concert The Beatles SHOULD HAVE DONE, as voted by you, with a an hour of the Best Of The Beatles broadcasting live from the Nova rooftop at midday on Friday.

SEND MARTY YOUR FAVOURITE BEATLES SONG AND WHY NOW

This theatrically exclusive piece will present opening scenes from Episode 1 of the Peter Jackson Disney+ docuseries “The Beatles: Get Back”, with an overview of The Beatles’ career from 1956 up until the rooftop concert in 1969.

The entire rooftop concert, as featured in Episode 3, will then be shown, followed by The Beatles’ listening to some of their own recordings. The piece wraps up with 8 minutes of credits, as seen in Episode 3, which also shall include additional footage of recording sessions for Get Back.

The Cars – The Cars